Is the Left Launching an Attack on Evangelical Adoption?

Is the Left Launching an Attack on Evangelical Adoption? April 29, 2013 David French 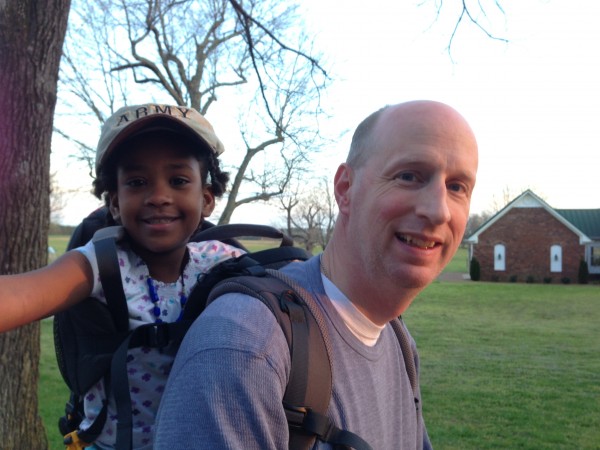 Thanks to the publication of Kathryn Joyce’s new book, The Child Catchers: Rescue, Trafficking, and the New Gospel of Adoption (excerpted here in Mother Jones, and Ms. Joyce is interviewed here at NPR), there’s been an online wave of criticism/examination of Evangelicals’ so-called orphan fever. To some, conservative Christians are incentivizing child-trafficking, engaging in a form of cultural imperialism by yanking children from their native cultures and evangelizing them into Christianity, soothing pro-life conscienses wounded by lack of concern for babies after they’re born, and trying to engage in charity without adjusting underlying world views about social justice and the need for systemic change.

Before I go any further, let me be clear about my biases: I’m the adoptive father of a beautiful girl from one of the countries highlighted in the NPR interview, Ethiopia. My sister has adopted a special-needs child from China, and our church is full of adoptive families, mostly with international adoptions. Many of these kids also have special needs. In short, adoption has been a great blessing in my family’s life, and in the life of our church.

I have two reactions to the criticisms outlined above. The first, more emotional response, is to reaffirm something I’ve said before: To many on the left, if you are conservative then there is nothing you can do that is virtuous. Even the good that you do will be dismissed as cynical or destructive.  The idea that my friends and family, who love their adopted children more than they love their own lives, have “orphan fever” is disgusting. Given that much of this criticism comes from unapologetic advocates for abortion-on-demand, I’m reminded of the words of Isaiah: “Woe to those who call evil good and good evil, who put darkness for light and light for darkness, who put bitter for sweet and sweet for bitter.”

But my second response must be less emotional — because the critics do have a limited point. It is simply a fact that there have been abuses within international adoptions. There has been child trafficking. There have been lies told to adoptive parents. And there are actual horror stories — not widespread, but horrifying nonetheless (perhaps the most famous recent incident was of the Tennessee mom who inexcusably and reprehensibly sent her seven-year-old child back to Russia, alone).

I don’t know of a single adoptive parent or informed observer who doesn’t unequivocally condemn child trafficking, and I don’t know a single reputable adoption agency that tolerates the practice. In fact, the better Christian agencies actually prioritize family reunification (see this Jonathan Merritt response where he details how one agency, Bethany Christians Services, attempts to reconnect families and facilitate domestic adoption or foster care before considering international adoption). The Christian families I know have all been painstakingly thorough during the adoption process, and every family who undertakes adoption should be prepared to scrutinize every syllable of every scrap of paper you receive. Examine your documents just as you would the ultrasound of your unborn biological child.

International adoption is often crushingly expensive — costing tens of thousands of dollars when all costs are added together — and well out of reach for many middle-class families. Churches help, families hold fundraisers, but the desire to save money to make the adoption happen can lead families to agencies that charge less and cut corners. Shortly after our wonderful adoption experience through an agency that helped pioneer international adoption, Holt International, I talked to a different family that adopted from Ethiopia using a different agency, and their experience was distinctly different. They went with a newer agency, paid thousands less, and arrived in Addis Ababa to find their child living in terrible squalor in an “orphanage” their money was allegedly helping support. The paperwork was in utter disarray, and the baby was extremely sick. Not even the best agencies can always manage everything perfectly, but their experience was beyond the pale.

I have much less patience for the other criticisms, which are grounded far more in far-left ideology than any kind of real-world experience. When international adoption is done correctly (and it typically is), kids are not taken out of some kind of Epcot Center of rich native culture only to land in America’s banal consumerism – their ”culture” is one of the most extreme poverty and often desperate illness and disability. Their “culture” is the culture of starvation, of rags, of disease, and of abandonment. To the person who condemns my “orphan fever,” I’d ask them what they would have done to save the life of my child, of my niece. Nothing. Of course, it’s always nothing. Sure, they might tweet for social justice or maybe even toss a few pennies at UNICEF, but that would have no impact on the very real crisis that is happening right now, to very real people. Had my agency not had a presence in Ethiopia, I shudder to think what would have happened to our Naomi.

At any rate, these critics get it dead wrong: The Christian community at large isn’t just trying to adopt individuals (we certainly know that it makes very little difference to large-scale poverty); we are also the foremost supporters of the large-scale relief agencies such as World Vision, Compassion International, and others. For the Christian community, it’s both/and, not either/or. We try to impact individuals and nations. The suggestion that Christians care only for unborn kids is pure slander, and it’s always been pure slander — even before the advent of international adoption.

As for the criticism that we adopt to evangelize — well, let me put it this way: I cannot imagine hating my own child so much that I wouldn’t introduce her to Jesus Christ, the Light of the world. When we adopt, our hearts our bound to that child just as it is to our biological children. Sharing our faith with our children, training them up in the way they should go (to paraphrase Proverbs), is every bit a part of parenting as food and shelter. It is the essence of our love for them. So, yes, we evangelize our children. But guess what? So does the radical Left. In fact, they indoctrinate their kids into their world view as thoroughly and often intolerantly as the most fire-breathing fundamentalist. So if they want to decry “evangelization,” then physician, heal thyself.

Finally, I’ve often heard it asked: Why not adopt domestically? Why go overseas? Aren’t there thousands and thousands of unwanted older kids here at home? We looked at domestic adoption first and decided to go overseas for two reasons. First, we didn’t want to stand alongside childless couples in the same very long line for a newborn baby. It didn’t seem right when we already had children. Second, when discussing adopting an older child, you’re often talking about entering a foster-adopt system that is sometimes terrifyingly broken. Simply put, we weren’t prepared for the challenges of the foster-adopt system. God bless those families that are.

And, by the way, there are Christian families who are leading the way in foster-parenting and foster adoption. But acknowledging that fact might require some leftists to give grudging appreciation to the likes of Michele Bachmann and Focus on the Family. And that, they’ll never do. Instead, I eagerly await Mother Jones’ next hit piece, entitled “Foster Fever.”

This article first appeared here on National Review, where it’s generated a lot of conversation.

April 25, 2013
We Are Not the Same: Stop Minimizing the Role of Islam
Next Post

April 30, 2013 Every Abortion Clinic is an Atrocity
Recent Comments
0 | Leave a Comment
Browse Our Archives
get the latest from
Politics Red
Sign up for our newsletter
POPULAR AT PATHEOS Politics Red
1