Ten Republicans who refuse to bend the knee to Trumpism

Ten Republicans who refuse to bend the knee to Trumpism May 6, 2016 Nancy French

Can real estate billionaire Donald Trump unite the Republican party against presumptive Democratic nominee Hillary Clinton this fall?  The #NeverTrump and the #NeverHillary contingencies are in overdrive, fighting on social media and around water coolers all across America.  Here’s the ever-developing list of people who have said they will not, as Chris Cillizza wrote, “bend the knee to Trumpism.”

What Ryan believes is that the ideas and rhetoric being put forward by Donald Trump and, to a lesser extent, Ted Cruz, are anathema to his vision of what the Republican Party can and needs to be. Ryan thinks those ideas might not only cost the GOP an election but could set the party back a generation (or generations) with voters. …

“The Bushes were never Trump’s cup of tea,” said Roger Stone, a longtime confidant and former adviser to Trump.

For the first time since his own presidency, George H.W. Bush is planning to stay silent in the race for the Oval Office — and the younger former president Bush plans to stay silent as well.

Bush 41, who enthusiastically endorsed every Republican nominee for the past five election cycles, will stay out of the campaign process this time. He does not have plans to endorse presumptive GOP nominee Donald Trump, spokesman Jim McGrath told The Texas Tribune. 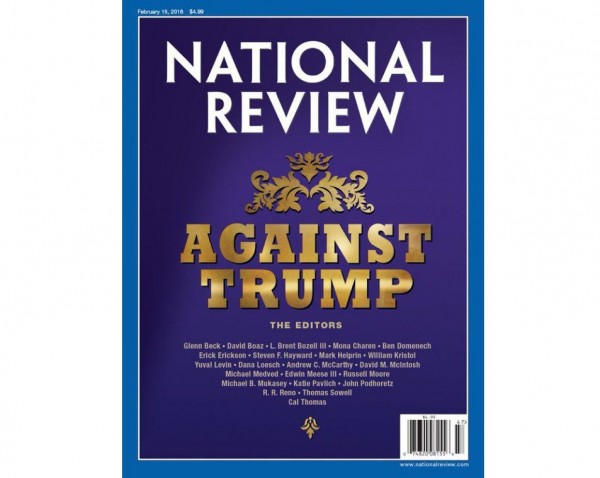 William F. Buckley Jr. founded National Review magazine in 1955, and it is still THE conservative magazine of record.  It has the largest circulation and measurable influence for conservative news, commentary, and opinion. Yet, they have uniformly come out against Trump. Staff writer David French wrote:

The party of Lincoln is in ruins. A minority of its primary voters have torched its founders’ legacy by voting for a man who combines old-school Democratic ideology, a bizarre form of hyper-violent isolationism, fringe conspiracy theories, and serial lies with an enthusiastic flock of online racists to create perhaps the most toxic electoral coalition since George Wallace. Then — to add insult to injury — multiple GOP leaders bulldozed the ashes by issuing nauseating calls for unity.

In the Washington Post, George Will wrote when Trump becomes the nominee that conservatives “help him lose 50 states – condign punishment for his comprehensive disdain for conservative essentials, including the manners and grace that should lubricate the nation’s civic life.” 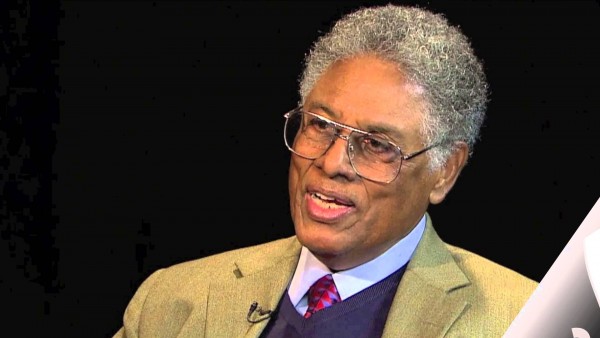 This conservative icon wrote, “Trump’s candidacy could be not only a current political setback for Republicans, but an enduring affliction in future elections.”

Kristol told CNN, “I just don’t think [Trump] has the character to be president of the United States. It’s beyond any particular issue I disagree with him on, or who he picks as VP or something,” and he said he was looking for an independent candidate like Sasse.

This talk radio personality said, “I am not voting for Donald Trump. Period” and “count me as never Trump.”

After making a very pointed speech to Americans warning them of supporting Trump, Romney announced that he won’t attend the Republican National Convention with Trump as the nominee.

This Senator wrote on Facebook: “With Clinton and Trump, the fix is in. Heads, they win; tails, you lose. Why are we confined to these two terrible options? This is America. If both choices stink, we reject them and go bigger. That’s what we do.”

May 5, 2016
#GiveElsaAGirlfriend: ‘Frozen’ Fans Push Disney to Make Elsa a Lesbian
Next Post 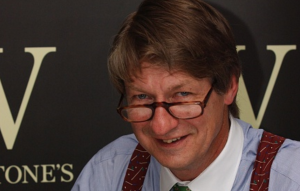 May 9, 2016 When PJ O'Rourke endorsed Hillary, he perfectly summed up what the #NeverTrump folks are thinking
Browse Our Archives
get the latest from
Politics Red
Sign up for our newsletter
POPULAR AT PATHEOS Politics Red
1