When PJ O’Rourke endorsed Hillary, he perfectly summed up what the #NeverTrump folks are thinking

When PJ O’Rourke endorsed Hillary, he perfectly summed up what the #NeverTrump folks are thinking May 9, 2016 Nancy French

When I was in high school, I read PJ O’Rourke’s Parliament of Whores: A Lone Humorist Attempts to Explain the Entire U.S. Government

, from which my high school nickname was derived.  (Ned Bird Dog — one of O’Rourke’s purposeful mischaracterizations of Dan Quayle’s name – if you must know. My friends were Bob Duck and Carl Cardinal in honor of the former Vice President.)

Anyway, he surprised everyone when he endorsed Hillary Clinton for President, by saying that she is:

“the second worst thing that could happen to this country. But she’s way behind in second place, you know? She’s wrong about absolutely everything. But she’s wrong within normal parameters!”

May 6, 2016
Ten Republicans who refuse to bend the knee to Trumpism
Next Post 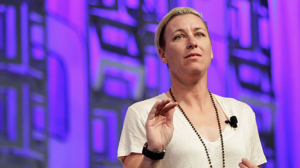 May 9, 2016 ESPN fired conservative Curt Schilling, but hires female LGBT activist
Browse Our Archives
get the latest from
Politics Red
Sign up for our newsletter
Related posts from The French Revolution