Was Anti-Mormon Sentiment on “Survivor” Responsible For Dawn’s Demise? 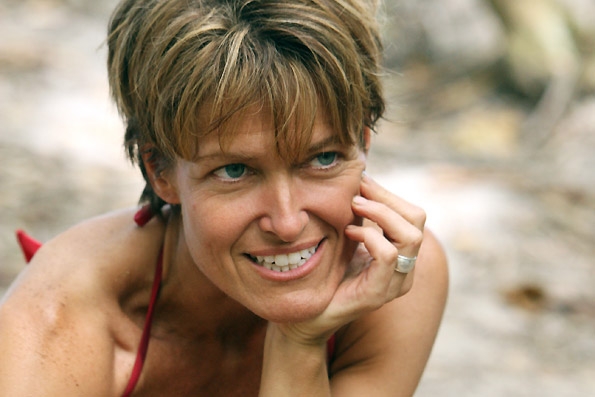 If you’re like me, you love the first episode of every Survivor season, when people from completely different backgrounds are stuck on an island and forced to live together and work together until…  well, every person gets voted off but the sole Survivor.  It’s a brilliant concept that’s only gotten better with age.

But the 26th season displayed a troubling undercurrent of religious hostility and double standards when the show’s contestants managed to demonize, humiliate, and mock a Mormon contestant beyond the show’s normal constraints.

Dawn Meehan is a member of the Church of Jesus Christ of Latter Day Saints and a mother of six children whom she and her husband adopted into their Utah home.  In her real life, she teaches English at Brigham Young University.  “I wear (my religion) on my heart and not on my sleeve,” she said. “It’s intrinsic to who I am.”

In Survivor, she was voted out of the 23rd season by not being aggressive in her decision making.  In the most recent season, however, which pitted “fans” versus “favorites,” she vowed to play differently.  “This time, I see it a lot more as a game,” she added.

The game is simple and brilliant. Contestants must eliminate each other, by voting off other tribe members until only one remains.  He or she is crowned “sole survivor” and wins a million dollars.  This construct demands people play a “social game” (working together to build shelter and get food) while plotting how to get others voted out before they are.

This season, Dawn did what the game demanded.  She made friends with people, whom she eventually voted out.  Criticizing her for this would be like a child stamping his feet during a game of “tag” on the playground, pointing at the person who’s “it” and crying, “she’s chasing me.”

Her strategy got her to the final tribal council, along with her ally John Cochran, and Sherri Biethman. This made Dawn one of the most successful Mormons to play the game.  (Neleh Dennis, the runner-up of “Survivor: Marquesas,” was a LDS and known to say “Mormony” phrases like, “Oh my heck.” And Kelly Wiglesworth, who was the runner up in the original season of the show, was “Mormon-raised.”)

Other Mormons also have been on the show like, Tyson Apostal who competed in two seasons, had a habit of walking around naked, and whose CBS profile mentioned his two-year Mormon mission.  Ashlee Ashby’s profile for “Survivor: Palau” also alluded to her Mormonism by mentioning her time in seminary. Rancher Rick Nelson of Aurora, Utah from season 23 is also a Mormon.  Also, former Major League Baseball player Jeff Kent is a Mormon, though I don’t remember his religion being mentioned specifically in the show.

That may have been a good strategic move, because Dawn’s faith seemed to be a disadvantage. Though Dawn and Cochran were allied throughout the whole season and had the same exact voting pattern, the jury was furious at her.

“Are you aware of the damage you caused when you played the game that you played?” contestant Eric angrily asked Dawn.

Contestant Michael rightfully pointed out that Cochran had avoided criticism, even though he and Dawn both voted the same people off. Ryan, in an untelevised interview, described the discrepancy, “He was instrumental in voting out these same people out, but people don’t harbor the resentment they do towards [Dawn].”

Couldn’t this tribal council contention be blamed on her notorious emotional outbursts or poor strategic voting?  Well, yes, but the jury’s own accusations centered around her supposed “betrayal.”  Also, people tend to hold religious people to different – and unfair — standards.    We see it time and time again in the political realm.   If a secular liberal politician has an affair, cheats on his taxes, or commits a crime, he’s not ostracized.  But if a Republican politician messes up, the whole force of the media and cultural opinion goes against them.  When former South Carolina Governor Mark Sanford was recently elected to Congress even after a scandalous affair when governor, the Daily Kos website proclaimed, “The Republican Party has officially embraced adultery, corruption, and hypocrisy.”  However, is it really true?  Before you answer, here are a few names of: Bill Clinton, Anthony Weiner, John Edwards.

So, how does this apply to Survivor? I point out the political double standard towards politicians who have sinned, to make a point.   However, Dawn’s game play was about as “sinful” as a poker player’s unemotional face when holding a full house.  Nonetheless, this double standard towards people of faith explains why no one held Cochran’s votes against him.  He was perceived as simply “playing the game,” but Dawn, whose identity was wrapped up in her faith, was held accountable for her in-the-game-deception … even though deception is part of the game.  “You can’t have it both ways,” one contestant chastised her.  In the final tribal council, saying she couldn’t play the game and also do “Mormon church things.”

Yet, by the end of the night, somehow this bread-baking adoptive mom became a villain, and the contestants made her pay.  Brenda tried to shame and humiliate Dawn in what Dalton Ross called, “the ugliest moment in the history of Tribal Council.”  He wrote, “She set out to humiliate Dawn on a personal level for no other goal or purpose other than humiliation. It was petty and ugly.”

Making matters worse, Jeff Probst didn’t take the vindictive contestant to task.  In the reunion show, he awkwardly asked Dawn to apologize to Brenda.  Again, since Brenda wasn’t known to be religious, her petty, mean spirited efforts to humiliate Dawn were overlooked. No one expected her to do better.  But couldn’t someone have held to her the basic standard of kindness?

Dawn survived, but it hasn’t been pretty.

“I made the promise to myself that I would vote off anybody that did not have my last name, regardless. It was very, very personal,” Dawn explained to EW’s Dalton Ross.  “It become threatening. I shut down my Twitter account, I shut down my Facebook account, and even this morning I got a message that said something to the effect of ‘You’d probably skin your children for a million dollars and you’re an ugly person and you’re going to hell.’”

Note that even her criticism has religious overtones.  They know her faith is important to her, so they use it to hurt her.

I’m actually glad that super-fan Cochran managed to sweep the contest.  Since I’m married to a Harvard Law graduate who actually hired the Cornell film school to produce a Survivor try-out video back in 1999, I was pulling for the smart, funny, Ivy League underdog.

Did anti-Mormon sentiment affect Dawn’s destiny on the game?  I doubt it.  I believe she would’ve treated her this way even if she were an evangelical.

We should all regret it when a person’s faith — however imperfectly applied — is unfairly used as a tool against them.

May 19, 2013 Romney Tells Leno: "We Thought We Were Going to Win"
Recent Comments
0 | Leave a Comment
Browse Our Archives
Follow Us! 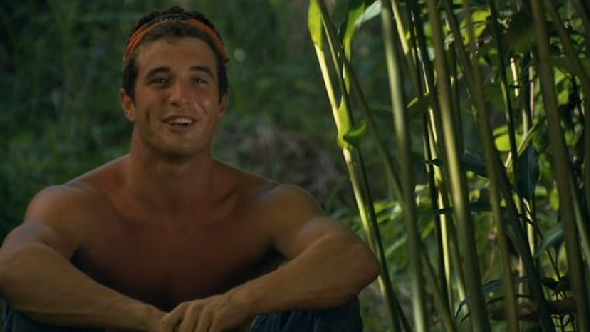 Politics Red
Quote of the Day, Inspired by Last Night's...
The French Revolution 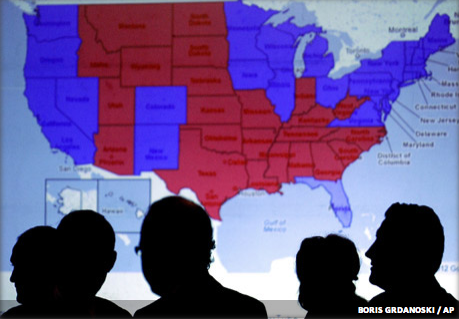 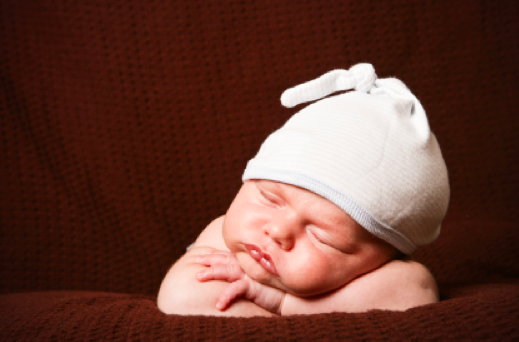