Sex: the Cause of, and Solution to, All of Life’s Problems

In college, I enrolled in New York University’s Women Studies classes, where I learned all kinds of strange philosophies about sex.  Mainly, that it was a Very Big Deal, and you have to either embrace your sex (if you are female), overcome your gender bias (if you are male), and broaden your sexual parameters (if you are a conservative). They talked openly about how many different types of sexual experiences they’ve had, about terrible stories of sexual abuse (almost everyone claimed to be abuse victims or rape survivors), and – of course – whether they were hetero, homo, bi, or try-sexual (describing students who’d “try anything”).  If there was a male student who had homosexual relationships, he defined himself as “a gay man.”  He wasn’t an architect major who enjoys bicycling, and is told he resembles his grandfather in his prime.  A female student who had a girlfriend was “a lesbian,” not a girl from Connecticut who hoped to write the great American novel.  The class taught me that the Left defined themselves by their sexuality.  Their identity resided between their legs.

However, a recent Guardian interview with Michael Douglas showed me I was wrong.

In August 2010, Douglas revealed that he had stage four throat cancer. This week, he revealed he believed oral sex caused his cancer.  Reporter Xan Brooks writes in The Guardian:

The throat cancer, I assume, was first seeded during those wild middle years, when he drank like a fish and smoked like the devil. Looking back, knowing what he knows now, does he feel he overloaded his system?

From what? For a moment I think that I may have misheard.

His spokesman quickly clarified that Douglas’s cancer could’ve been caused by many factors, and that oral sex was simply one of the possible culprits.  (According to Fox News, “smoking and drinking alcohol are the main causes of oral cancer, although the human papillomavirus has been linked to one kind of throat cancer. The human papillomavirus is mostly known for causing cervical cancer.”)

Of course, he was alluding to Job 1:21, which partially reads, “the LORD gave, and the LORD hath taken away.”

My initial calculation about the liberal tendency to elevate sex to the point of one’s identity was way off, because they go much further than that.  In Douglas’s case, he has effectively elevated oral sex all the way up to the status of “the Lord.” He claimed oral sex could somehow heal him.

Brooks takes note of this, presumably not just because it’ll make a good headline:

“I’m still thinking about what he said earlier, about HPV and oral sex and how it can be both cause and cure. Can that last bit be right? A doctor the Guardian later speaks to insists it makes no sense. I had hoped it could be true; it sounded oddly karmic. Douglas has lived not wisely and perhaps not even well – but certainly to the full. He has drunk and smoked and snorted, and had plenty of sex. His appetites brought him to the brink of disaster. It would be nice if they could now be his salvation too.”

Brooks has it all wrong, however, because oral-sex-as-salvation wouldn’t be “karmic” or even “oddly karmic.”  Douglas’s strange – and irresponsible – claim is nothing more profound than a rehashing of Homer Simpson’s famous line: “To alcohol! The cause of… and solution to… all of life’s problems!”

In fact, karma is a very bad deal, especially for people who’ve made mistakes (people like Douglas and, well, all of us). I love how rock star Bono describes it:

Karma is at the very heart of the universe. I’m absolutely sure of it. And yet, along comes this idea called Grace to upend all that “as you reap, so you will sow” stuff. Grace defies reason and logic. Love interrupts, if you like, the consequences of your actions, which in my case is very good news indeed, because I’ve done a lot of stupid stuff… I’d be in big trouble if Karma was going to finally be my judge. I’d be in deep s—. It doesn’t excuse my mistakes, but I’m holding out for Grace. I’m holding out that Jesus took my sins onto the Cross, because I know who I am, and I hope I don’t have to depend on my own religiosity.

Michael Douglas, of course, hasn’t faced challenges of the same scale of the original person who uttered the “giveth and taketh away” words so many years ago.  Though Douglas hasn’t suffered as much as Job, he’s undoubtedly a man on a journey – through cancer, with a wife who battles bipolar disorder, and a son imprisoned on drug-related charges.

Whether or not we acknowledge it, we all need that salvation about which Brooks writes so longingly.  May Michael Douglas and his family find it, and may he soon come to know the Great Physician who can ultimately save him from everything that afflicts him.

Including, most miraculously, from himself.

June 11, 2013 It's Not About the Nail: Video about Gender Differences
Recent Comments
0 | Leave a Comment
"and what makes this even better is that the two girls are sisters http://www.huffingtonpost.c..."
d Black activists cried "racism" over this ..."
"It's heart wrenching to hear about this. Our country is getting more vile and depraved ..."
BlackSun Syndicate Target proudly welcomes men to use ..."
"a wolf dressed as a sheep is still a wolf - if u have a ..."
Aussie In Austin Target proudly welcomes men to use ..."
"I am picturing a little turd in pajamas sipping coffee."
Cantbelieveyouthinkthis Los Angeles Craigslist ad somehow captures ..."
Browse Our Archives
Follow Us! 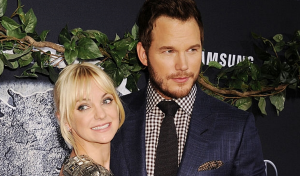 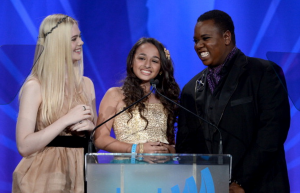