When Love Grows Cold: Mothers Against Their Own Children 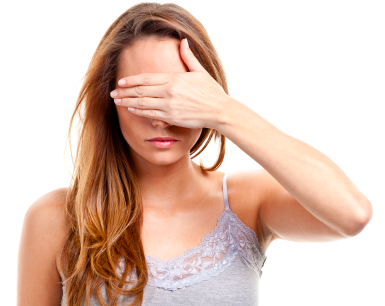 One of the worst aspects of modern feminism has been its determined effort to turn mothers against their own children — to deem children not blessings to be loved but instead threats to all-important careers and self-fulfillment. My post yesterday — linking to the terrible story of a woman who aborted her child (late in her pregnancy) to preserve a short-lived volleyball career — is an extreme example, but the phenomenon crops up in other contexts as well.

A Facebook friend pointed me to this post from Slate’s Double X blog. Called ”In the Ivory Tower, Men Only,” here’s how it treats the gift of motherhood:

Our Berkeley research team has spent more than a decade studying why so many women begin the climb but do not make it to the top of the Ivory Tower: the tenured faculty, full professors, deans, and presidents. The answer turns out to be what you’d expect: Babies matter. Women pay a “baby penalty” over the course of a career in academia—from the tentative graduate school years through the pressure cooker of tenure, the long midcareer march, and finally retirement. But babies matter in different ways at different times. A new book I co-wrote with the team at Berkeley, Do Babies Matter? Gender and Family in the Ivory Tower, draws on several surveys that have tracked tens of thousands of graduate students over their careers, as well as original research.

The most important finding is that family formation negatively affects women’s, but not men’s, academic careers. For men, having children is a career advantage; for women, it is a career killer. And women who do advance through the faculty ranks do so at a high price. They are far less likely to be married with children.

Ahh yes, the “baby penalty.” That’s not a new concept. I remember my mother’s frustrations in the 1970s when her more-feminist teaching colleagues mocked her devotion to raising my sister and me, scolding her that her choices would have a negative impact on her career. She, however, was more concerned with having a positive impact on her children.

An amazing thing happens to many millions of parents — they experience an intense love and deep bond that is difficult to explain to those who’ve not had children. It’s overpowering, and — critically — it’s lifechanging. For millions of women (not all, of course), it creates an intense desire to care for their children, to be in their presence as much as possible. For millions of men (not all, of course), it triggers a similarly intense desire to protect and provide — causing many of us to take our career responsibilities truly seriously for the first time. Not as the ambitious dreamer of our pre-child life, but as the more serious and dutiful provider who recognizes that our family’s security depends on the outcome of our work.

Given that reality, is it any wonder that many women pull back in their careers, even as men push forward? And given that this action reflects the deep longing of both their hearts, is it actually a cultural problem? Make no mistake, there are women across this land who are deeply engaged in their careers not because it fulfills them, but because they must work to make ends meet.  Many of them long for the financial freedom to return home. Similarly, there are men across this land who desperately wish that they made more money, that they were more successful, so their wives could be their children’s primary caregiver.

Those values and longings are not universal, nor should they be cultural or political mandates, but they are virtuous. They are good for families and children. They are not the only way, but they are a good way  – a very good way.

Why then must feminists try to shame women out of embracing the deep desires of their heart? Why must even mothers and friends lobby their daughters and sisters into hiring doctors to commit ultimate acts of violence — to utterly reject even the most basic obligations of caregiving and love?

In reading words like “baby penalty” or hearing our president speak with horror of a daughter “punished with a baby,” I’m reminded of the words of Christ, telling of a time when — as evil increases — “the love of many will grow cold.” As the abortion industry destroys more lives, and as women speak to other women about motherhood as curse rather than blessing, our love is growing cold indeed.

June 20, 2013 New Sesame Street Muppet: Dad is In Jail
Recent Comments
2 Comments | Leave a Comment
"and what makes this even better is that the two girls are sisters http://www.huffingtonpost.c..."
d Black activists cried "racism" over this ..."
"It's heart wrenching to hear about this. Our country is getting more vile and depraved ..."
BlackSun Syndicate Target proudly welcomes men to use ..."
"a wolf dressed as a sheep is still a wolf - if u have a ..."
Aussie In Austin Target proudly welcomes men to use ..."
"I am picturing a little turd in pajamas sipping coffee."
Cantbelieveyouthinkthis Los Angeles Craigslist ad somehow captures ..."
Browse Our Archives
Related posts from The French Revolution