Killing Your Child for Volleyball 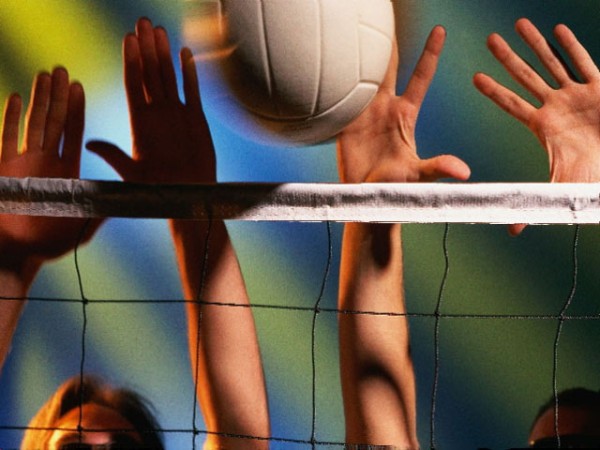 Thanks to a John Podhoretz tweet (by the way, if you don’t follow him, you should. His Twitter feed is constantly engaging and insightful), I came across a horrifying, sad article by blogger and career advice columnist Penelope Trunk. It chronicles her two abortions — her first when she was in the midst of a professional volleyball career (it was relatively late-term) and the second when her post-volleyball career was “soaring.”

Before the first abortion, she learned she was pregnant relatively late — 14 weeks in. She turned to her mother for advice:

I told my mom I was pregnant. She said, “Get an abortion.”

I didn’t say anything. I wasn’t really thinking I had any choices. I didn’t have a job that could support a child. And I wasn’t sure if I was planning to marry my boyfriend, although we were living together. I knew that I had big ideas for my life and I hadn’t figured things out yet.

My mom got militant. “You’ll destroy your career possibilities.”

She turned to friends for counsel:

Here’s what else happened: Other women called. It turned out that many, many women I knew had had an abortion. This is not something women talk about. I mean, I had no idea how ubiquitous the procedure was, at least in my big-city, liberal, Jewish world.

Each of those women told me that I should get an abortion so that I could keep my options open. “You’re a smart girl. You can do anything with your life right now. Don’t ruin it.”

So she went to Planned Parenthood, and here’s what happened:

When I went back, I had a panic attack. I was on the table, in a hospital gown, screaming.

The nurse asked me if I was a religious Christian.

The boyfriend asked me if I was aware that my abortion would be basically illegal in seven more days.

I couldn’t stop screaming. I was too scared. I felt absolutely sick that I was going to kill a baby. And, now that I know more about being a mother, I understand that hormones had already kicked in to make me want to keep the baby. We left. No abortion.

But she persisted, and days later:

I scheduled another abortion. But it was past the time when Planned Parenthood will do an abortion. Now it was a very expensive one at a clinic that seemed to cater to women coming from Christian countries in South America. I knew that if I did not go through with it this time, no one would do the abortion. I was too far along.

I went to sleep with a baby and woke up without one. Groggy. Unsure about everything. Everything in the whole world.

She got pregnant again, a few years later (and apparently after the volleyball phase of her career):

So the second time I got pregnant, I thought of killing myself. My career was soaring. I was 30 and I felt like I had everything going for me — great job, great boyfriend, and finally, for the first time ever, I had enough money to support myself. I hated that I put myself in the position of either losing all that or killing a baby.

I didn’t tell anyone I was pregnant. I knew what they’d say.

So I completely checked out emotionally. I scheduled the abortion like I was on autopilot. I told my boyfriend at the last minute and told him not to come with me.

He said forget it. He’s coming with me.

I remember staring at the wall. Telling myself to stop thinking of anything.

The doctor asked me, “Do you understand what’s going to happen?”

I said yes. That’s all I remember.

To be clear, she doesn’t cast herself as unscathed by the process. She even goes on to point out that one can have careers and have children:

But also, here I am with two kids. So I know a bit about having kids and a career. And I want to tell you something: You don’t need to get an abortion to have a big career. Women who want big careers want them because something deep inside you drives you to change the world, lead a revolution, break new barriers.

It doesn’t matter whether you have kids now or later, because they will always make your career more difficult. There is no time in your life when you are so stable in your work that kids won’t create an earthquake underneath that confidence.

Yet this qualifier hardly redeems the sadness of the piece. The abortion debate is conducted on dishonest terms, with one side working mightily to confine the debate to cases of rape, incest, and desperate women facing desperate circumstances. But there’s another side of abortion — mass-scale killings for the sake of simple ambition to advance personal careers. In other words, here’s one woman’s ”choice” — to hire a doctor to kill her own baby for the sake of volleyball.

It is striking how completely the idea of such act inverts Judeo-Christian morality, which is saturated with an ethic of care, where self-denial is a prime virtue. Christians are quite directly called to “deny self” even to the point of taking up one’s figurative cross to follow Christ. Yet the ethic of “choice” is simple: Kill others to pursue self-interest. I suppose if you want to make a career omelet, you have to break a few eggs.

In less than two generations even the most “soaring” career will mean virtually nothing. At best, most of us will be a fond memory for surviving family and close friends. In three generations, even those memories will fade. In four generations we’re simply a name on a family tree. But hundreds of thousands of Americans see that wisp of a career as important enough to kill a child to preserve.

May God have mercy on our nation.

June 20, 2013 When Love Grows Cold: Mothers Against Their Own Children
Recent Comments
0 | Leave a Comment
"and what makes this even better is that the two girls are sisters http://www.huffingtonpost.c..."
d Black activists cried "racism" over this ..."
"It's heart wrenching to hear about this. Our country is getting more vile and depraved ..."
BlackSun Syndicate Target proudly welcomes men to use ..."
"a wolf dressed as a sheep is still a wolf - if u have a ..."
Aussie In Austin Target proudly welcomes men to use ..."
"I am picturing a little turd in pajamas sipping coffee."
Cantbelieveyouthinkthis Los Angeles Craigslist ad somehow captures ..."
Browse Our Archives
Related posts from The French Revolution