Puritanical Punctuality: When is Being Late a Sin? 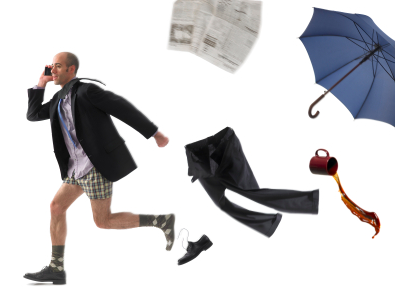 We’ve become something of a joke at church.  Our fellow congregants know to expect us after the bells announce the “call to worship,” the announcements (what potluck?), and the first two verses of “A Mighty Fortress is our God.”  In fact, we have unspoken yet elaborate rules about time which have always gone something like this.  We are generally:

— Seven minutes late to school (after that, the kids miss actual work)

— Five minutes late for church (eliminating the uncomfortable head nods to friends with whom we can’t possibly chat until after the sermon anyway).

But recently, I’ve noticed being late makes me  anxious.  We used to live just a mile from school and church, so I whiteknuckled the steering wheel as I sped down the road until I arrived a few seconds later.  Since purchasing a new home in a different town, we have a longer commute during which we listen to audio books. Recently, we left our house at 7:09 instead of 7:00.  For the entire drive, I was irritated at the kids whom I blamed for delaying us, I was mad at the slow-moving cars in front of us, and I had to practice my lamaze techniques when a (very rude) school bus decided to take a left turn onto a major road.  Please.

Plus, I didn’t hear a word of the third Hunger Games book Mockingjay.

So, I had a talk with the kids.  “We need to do things differently in the mornings so we can have a relaxed time drive to school.”  That meant packing lunches the night before, getting good sleep, and waking up on time.  All of these changes were admittedly selfish, however. I wanted to be on time to preserve my mental health.

Isn’t it actually rude to others to be perpetually late?  Kevin D. Williamson believes so.  “Time-wasting is a great sin,” he writes in National Review.  “Clarification. Wasting somebody else’s time is a great sin; wasting one’s own time is a different matter.”

Okay.  So, he’s gotten my attention.  I’m always the person running through the airport while my name is being called out over the public address system.  Kevin is no fan of this behavior either:

The last-second traveler is a bane of airports and trains, disrupting processes such as check-in and security screening — both of which already are annoying enough — insisting that he be rushed through because he could not be bothered to show up with sufficient time for the admittedly sclerotic process. My morning subway in New York’s financial district, which runs every three minutes during rush hours, is invariably held up by somebody holding the door for himself or a slow-going companion — who is not in such a hurry that he can be bothered to precede the train to its stop but in such a hurry that he cannot wait three minutes for the next train. Civilization means voluntarily enduring some small inconveniences to facilitate order.

In other words, society moves along more easily if everyone abides by the same rules.  And I’m realizing that we’ve been guilty of habitually gumming up the works.  Kevin goes on to explain his theory of time:

There is, I am told, “on time” and “New York on time,” which means give or take some arbitrary period, allegedly in order to account for the city’s chaotic subway system and unpredictable traffic. I do not practice “New York on time.” I use the same unreliable transit system as everybody else, and I rarely am late. I am informed by knowledgeable people that the man I should support for mayor of New York is one Joe Lhota, formerly chairman of the Metropolitan Transportation Authority. I would sooner strangle myself with my own intestines. If the entire city ran with the punctuality, hygiene, reliability, and good humor of the MTA, it would be indistinguishable from Port-au-Prince, which is for my money the worst city in the world. (You can find more about this via my Twitter #committeetohorsewhipjoelhota tag.)

I am a puritan on the issue of punctuality: 15 minutes before the movies, 20 minutes before theater, two hours or more before a flight, 30 minutes before an intercity train, etc. If I have to leave myself some extra time on Joe Lhota’s account, so be it. (I have been known to cancel dates over a 15-minute lapse.) This is, I am willing to admit, a pretty poor strategy in some ways — e.g., I do not remember the last time I was on a flight that took off on time. But the prospect of being late fills me with anxiety, a fact that I attribute to having spent my formative years working in daily newspapers. A production manager once informed me that missing the paper’s deadline cost us several hundred dollars a minute. I once had a candidate for a reporter’s job show up for the interview a half an hour late. I did not even come down the stairs, but yelled at him from the landing, emphasizing that the newspaper is a deadline-oriented enterprise. Perhaps he’ll be a senator someday.

Kevin’s column has me thinking.  Perhaps being perpetually late is more than “not a good idea.”  Maybe it’s actually a manifestation of rudeness and a lack of courtesy for my friends and loved ones. Of course, there’s no Scriptural prohibition about rushing out the door and telling the kids to “eat their bacon on the way.”  However, we are told by the Apostle Paul to “do nothing out of selfish ambition or vain conceit, but in humility consider others better than yourselves” (Philippians 2:3).

For me, at least, being late is almost always because I value my own time more than the time of others.

With that confession, I’d love to make a concerted effort at trying to be on time.  (Of course, the Apostle Paul didn’t have a spouse slowing him down.  David, are ya in?)

Let’s face it.  Being late is sometimes more than just bad luck.  Sometimes, it’s a sin.

Perhaps it’s not the best way to start off a Sunday morning either.

What do you think about the morality of being late?  Is it a source of stress in your marriage and family?  What tips do you have for David and me, as we try to turn over a new leaf?