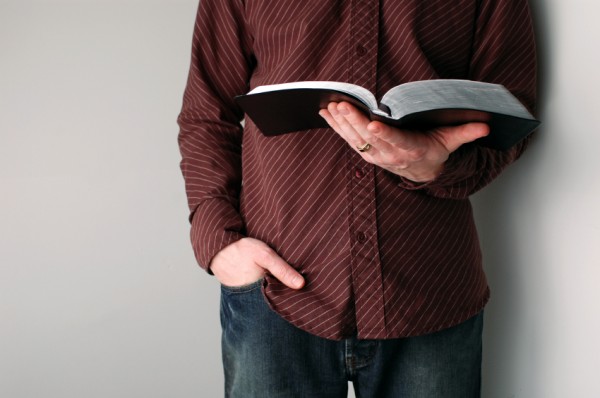 So we appear to be going through one of the periodic cycles where liberals tell Evangelicals, “We’d like you more if you disagreed with us less.”  You see, the main barrier between Evangelicals and the culture is our obsession with politics –how we allegedly focus on abortion and same-sex marriage to the exclusion of loving people and sharing the Gospel.  Focus on serving the poor and caring for your fellow man, then we’ll rebuild all the cultural respect you’ve squandered in the midst of the hateful and divisive “culture wars.”

So goes the argument, anyway.

And the argument is ridiculous.

First, let’s dispense with the idea that Evangelicals are obsessed with politics to the exclusion of serving the poor. Or, to put it in the language of the abortion movement: “You pro-lifers only care about children in the womb.”

Simply put, that allegation is pure slander, a Leftist talking point created out of whole cloth, bearing no relationship to the truth. Not too long ago, I researched comparative Evangelical expenditures on the poor versus expenditures on the hot-button “culture war” issues. I focused on the largest Christian anti-poverty organizations and compared them to the largest Christian “culture war” organizations. The results? It turns out that we care much more about kids after they’re born than before:

First, you’ll notice that Christians do give lots of money to what I’d call “pure” culture war organizations, but not as much as the Left. The largest (by budget) include [my former employer] the Alliance Defense Fund, and the Family Research Council. Of the pro-life organizations, two of the largest are National Right to Life and Americans United for Life. These organizations raise quite a bit of money—almost $60 million combined. But it’s not as much as the leading legal organization on the Left. The ACLU Foundation (which does not include the various state ACLUs) took in $98 million with the national ACLU itself raking in an additional $33 million.

How do those numbers stack up with leading Christian anti-poverty charities? Let’s look at just three: World Vision, Compassion International, and Samaritan’s Purse. Their total annual gross receipts (again, according to most recently available Form 990s) exceed $2.1 billion. The smallest of the three organizations (Samaritan’s Purse) has larger gross receipts than every major “pro-family” culture war organization in the United States combined. World Vision, the largest, not only takes in more than $1 billion per year, it also has more than 1,400 employees and 43,000 volunteers.

If those numbers surprise you (oh, and the anti-poverty numbers have only grown since I wrote the article), then you’re either far outside the Evangelical community or you pay more attention to Leftist press clippings about Evangelicals than to the actual work of your own church. It’s by now well-established that conservatives in general (and Christian conservatives especially) give far more to charity than do the very Leftists who are continually calling on them to “focus on the poor.”

Now that we know Evangelicals don’t fit the Left’s stereotype, and are far more engaged in personal service and charitable giving aimed at alleviating poverty than they are in politics, let’s ask a different question: Is this disparity appropriate?

To be clear, I don’t begrudge World Vision, Samaritan’s Purse, or Compassion International a single dime. In fact, I wish their budgets were larger, and I even used to think the disparities represented the proper allocation of resources.

And while I do continue to wish nothing but expanded funding for Christian relief agencies, I now understand we’re not nearly engaged enough in politics. Let’s take abortion. Is it really the case that stopping the yearly slaughter of almost one million innocent American children is worth only the tiniest fraction of our time and resources? That can’t possibly represent the proper moral and proportion.

The bottom line is the Left urges American Christians to allocate even less energy and effort into stopping abortion not because it cares for the health of our churches but because they want us to, well, shut up.

What about economic issues? Aren’t they less black and white than abortion? Certainly they are less black and white, but they’re still critically important. For generations we’ve forsaken free-market solutions to poverty, embraced a multi-trillion dollar investment in welfare, and we’ve watched the American family fly apart for the poor and lower-middle class. As a result, our poverty problem has increasingly become a marriage problem, with married couples enjoying low poverty rates while single-mother households are swallowed up by economic insecurity.

So should Christians merely accept the liberal elite’s welfare state and supplement it with soup kitchens of their own?  Or can we also present a biblical witness about the importance of marriage and the value of working for one’s sustenance?

It’s easy to generate example after example where a biblical witness is necessary in the great questions of our time — not just in abortion and economics but also in matters of war and peace. It’s also easy to understand why the biblical message on those points is divisive. After all, the Bible forecasts the world’s rejection.

Yet despite the importance of our message and the predictability of the opposition, we’re still tempted to pull back when we encounter angry reactions. After all, we want to be liked. We’re like eager puppies, looking for approval with pleading eyes and wagging tail. But we can wag away, and do all Leftists command, but they still won’t join our kennel.

In fact, they won’t even throw us a bone.

November 19, 2013
The Tragedy of the Dependency Culture
Next Post

November 25, 2013 Should We Encourage Our Daughters to be "Princesses?"
Recent Comments
5 Comments | Leave a Comment
Browse Our Archives
Related posts from The French Revolution