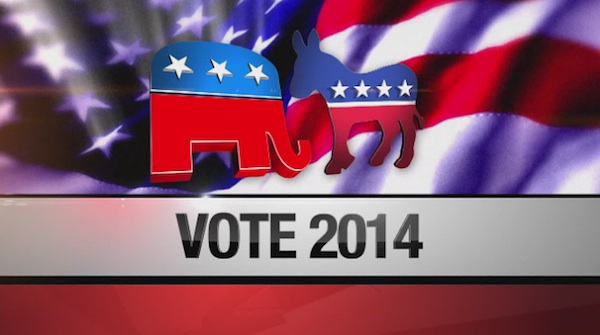 In a purple state, the Democrats try to hold on to a Senate seat by talking about nothing but reproductive rights. They lose.

The Democrats try to turn Texas blue by running the the progressive abortion advocate of the Huffington Post’s dreams. They’re routed.

In Tennessee, the Left tries to preserve its judicially created southern abortion supermarket by out-spending pro-life advocates by an almost three-to-one margin and deluging voters with misinformation. Yet with the vast majority of the votes in, Tennessee’s pro-life Amendment 1 holds a strong lead.

It’s likely we’ll look back at the “war on women” rhetoric from 2012 to 2014 as a truly bizarre phase in American politics, when one odd politician’s odd remark (Todd Akin’s, of course) was transformed by an opportunistic Democratic party and complicit media into two years of fake outrage. This year, with the middle class still hurting economically and jihadists advancing across the Middle East, focusing on protecting the “right” to late-term abortion and free IUDs struck many voters as frankly strange. By the end of his sad, single-issue campaign, Senator Udall was being heckled even by his own supporters.

Let’s remember this night in two years, when the pundits will declare, with absolute authority, that Republicans should run away from social issues, leaving the field to the Democrats. Remember 2014, the night abortion lost.

November 7, 2014 If Your Kids Could Choose Their Parents, Would They Choose You?
Recent Comments
1 Comment | Leave a Comment
"and what makes this even better is that the two girls are sisters http://www.huffingtonpost.c..."
d Black activists cried "racism" over this ..."
"It's heart wrenching to hear about this. Our country is getting more vile and depraved ..."
BlackSun Syndicate Target proudly welcomes men to use ..."
"a wolf dressed as a sheep is still a wolf - if u have a ..."
Aussie In Austin Target proudly welcomes men to use ..."
"I am picturing a little turd in pajamas sipping coffee."
Cantbelieveyouthinkthis Los Angeles Craigslist ad somehow captures ..."
Browse Our Archives
Follow Us!