‘This Man Scares Me’: TV Ad From 1964 Presidential Campaign Is Going Viral — Watch to Understand Why

This  old 1964 TV ad for Democrat Lyndon B. Johnson’s general election campaign against Republican nominee Barry Goldwater is going viral. LBJ was re-elected in a landslide against Goldwater.

The ad was called “Confessions of a Republican” and featured a Republican explaining why he couldn’t support Barry Goldwater as the Republican nominee, who he says scares him.

Trying to reason his fears, he continued, “Maybe I’m wrong. A friend of mine just said to me, ‘Just because a man sounds a little irresponsible during a campaign doesn’t mean he’s going to act irresponsibly.’”

However, that logic doesn’t seem to calm his discomfort with the idea of a President Goldwater. The man goes on to say that, if he had been a delegate in the GOP convention, he would have “fought” against Goldwater’s nomination.

“And I wouldn’t have worried so much about party unity,” he said. “Because if you unite behind a man you don’t believe in, it’s a lie.”

“I mean, when the head of the Ku Klux Klan, when all these weird groups come out in favor of the candidate of my party, either they’re not Republicans or I’m not,” he continued. “I’ve thought about not voting in this election, just staying home. But you can’t do that because that’s saying you don’t care who wins, and I do care.”

While there are a lot of differences between then-Sen. Barry Goldwater and Donald Trump today, there were an awful lot of similarities it seems with the political environments then and now.

This campaign ad from the 1960's is going viral

WATCH IT by clicking HERE. 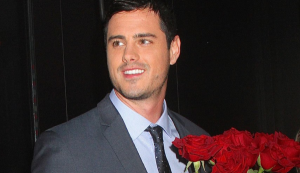 March 14, 2016
3 Reasons Why Ben Higgins's Pastor Should Definitely NOT Marry Ben and his new fiancee on "After the Final Rose"
Next Post 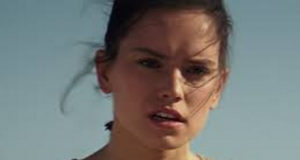 March 19, 2016 Daisy Ridley "Body Shamed" for not having enough curves - here's her perfect response
Recent Comments
0 | Leave a Comment
"and what makes this even better is that the two girls are sisters http://www.huffingtonpost.c..."
d Black activists cried "racism" over this ..."
"It's heart wrenching to hear about this. Our country is getting more vile and depraved ..."
BlackSun Syndicate Target proudly welcomes men to use ..."
"a wolf dressed as a sheep is still a wolf - if u have a ..."
Aussie In Austin Target proudly welcomes men to use ..."
"I am picturing a little turd in pajamas sipping coffee."
Cantbelieveyouthinkthis Los Angeles Craigslist ad somehow captures ..."
Browse Our Archives
Related posts from The French Revolution