The Top Reason to be a “Santa Truther” This Year

The Top Reason to be a “Santa Truther” This Year December 17, 2014 Nancy French 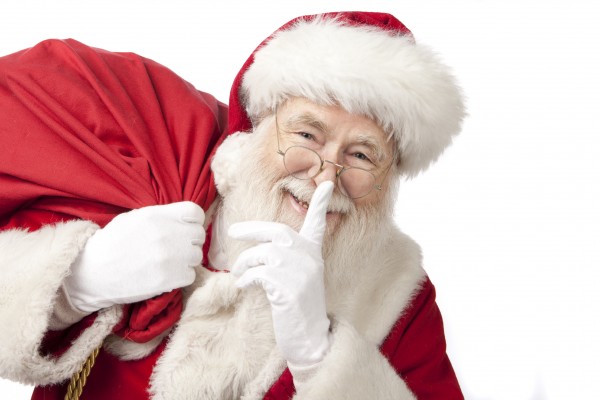 “I better be good this month,” my seven year old daughter said to me on the way to the grocery store.

“What do you mean,” I asked, peering at her in my rearview mirror.

“I better not lie or hit Austin,” she said, “Or I won’t get presents.”

Her brother Austin was completely supportive of her newfound spiritual epiphany, but it bugged me.

“That’s not true, Naomi,” I said.  “You will get presents even if you lie, hit Austin, or are generally bad.  We’ll give you good things either way.”

“Yes, but it’s not right,” I said.  “We don’t give you good things because you somehow deserve them.  You get them because we love you so much.”

Her eyes met mine in the mirror, and she looked at me suspiciously.  “That’s not what I hear at school.”  Naomi always prefers the conventional wisdom of the 1st grade set.  Since she’s adopted — and had to vie for food as a small child — we never want her to think she’s competing for scarce resources.  We want her to know she’s the recipient of our overflowing, unconditional, love… that it’s a deep well that will always be there even when life gets tough.  Actually, that’s a good message for all of us.  If we buy into the moralism of Santa instead of the gospel of Jesus Christ, we are missing out on the depths of God’s mercy.

“Which is better?” I asked.

The Christmas story we’ve told Naomi and our other two kids is this.

God gave us the perfect gift even when we did nothing to deserve it. (And, in fact, deserved a lot worse than a lump of coal.)  Instead of looking at us in our sin and putting us away, God was overcome with love for us. He didn’t hold our wrongdoings against us. Instead, at great cost, He gave us a way to be forgiven and reenter into communion with Him. That gift was His son, in the form of a baby.

The Santa story — other than the tales associated with the historical St. Nick, who’s a footnote in this commercial age — is this:

There’s a jolly, wonderful, magical being called “Santa” who is watching you. If you do something wrong, your name will be crossed off the “nice list” and put on the “naughty list.”  Want good presents?  You’d better behave.

Naomi didn’t answer, so I prompted her again.  “Is it better to only get presents because you’re ‘good,’ or even when you’re bad?”

She knows her own heart…  she knows that she’s corrected several times a day for various infractions.  Usually, we have to correct the same thing over and over and over.  Frequently, there are tears (from her and sometimes from me!) as we try to raise her well.

After you’ve messed up, the “you better watch out, you better not cry” message is cold comfort indeed.

Thankfully, we have a better story to tell — one of redemption and forgiveness. How dramatically poetic that it all begins with a virgin, a census, wise men, a cattle stall and the savior of the earth.

It didn’t take five seconds for her to smile and say, “It’s better to get presents because you love me, not because I behave.”

And that’s why we’re Santa-Truthers.

The truth is better.

December 11, 2014
Three Points About the ‘Torture Report’ and Morality
Next Post

December 19, 2014 How Brave Are We, Really? A Reflection on Sony Caving to North Korea
Recent Comments
2 Comments | Leave a Comment
Browse Our Archives
get the latest from
Politics Red
Sign up for our newsletter
POPULAR AT PATHEOS Politics Red
1