When Bernie Sanders was thirty years old, he wrote an article describing how women fantasize about being raped.  According to the New York Times:

In the article, written for an alternative newspaper called The Vermont Freeman, Mr. Sanders imagined male and female sexual fantasies, apparently to illustrate how both sexes have internalized gender stereotypes, which he went on to write were self-defeating. The Vermont Freeman no longer exists.

“A woman enjoys intercourse with her man — as she fantasizes being raped by 3 men simultaneously,” Mr. Sanders wrote.

In another passage, he wrote: “Do you know why the newspaper with the articles like, “Girl, 12, raped by 14 men” sell so well? To what in us are they appealing?’’

This article resurfaced as he’s been running for the Democratic nomination for President, when the liberal magazine Mother Jones magazine did a piece on how Sanders developed in Vermont’s leftist counterculture.

According to the New York Times, Sanders claims the piece:

… had been misinterpreted, and its resurfacing showed how campaigns had become “soap operas.’’

“That we worry what I wrote 40 or 50 years ago, to the degree they become significant in the campaign, that’s just sad,’’ Mr. Sanders said on Friday.

January 2, 2016
New Yorkers can be fined $250 K for using wrong pronouns for transgenders
Next Post 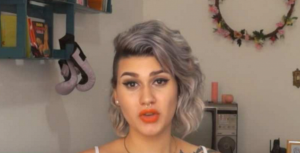 January 4, 2016 Militant feminist apologizes to Christians - after a shocking revelation about her own abortion
Browse Our Archives
Follow Us!