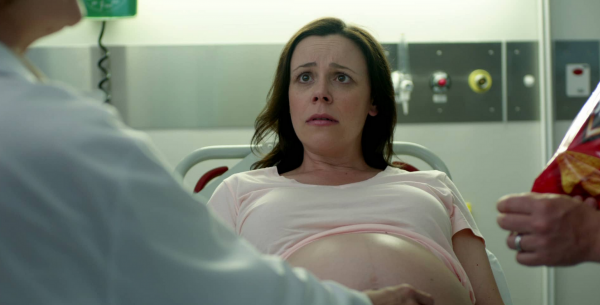 Every year, Doritos has a contest for people to make Super Bowl commercials. This year’s winner involved a father eating Doritos at his child’s ultrasound.

The child moves around chasing after the Doritos and it’s implied the baby escapes early to get the Doritos.

No one watching the commercial thought it was making any sort of political statement. It was a funny take to show that even young unborn babies want Doritos.

But the pro-abortion lobby is willing to ruin anything, including funny commercials apparently.

After the commercial aired, the pro-abortion group NARAL tweeted:

Wait… what?!?!? Someone tell NARAL’s intern to come back down to reality and chill out.  Heaven forbid that a mainstream company make an unborn baby with a head, fingers, toes, beating heart, and unique DNA act like a… gasp… HUMAN?!?!  See the commercial for yourself!

Commenting on another Doritos commercial that aired later in the game which featured cute puppies, Senator Ben Sasse tweeted:

And apparently the NARAL chapter in Ohio doesn’t like born babies either.  In response to the cute NFL ads featuring “Super Bowl Babies” conceived after Super Bowl victories, they tweeted the following:

I can’t even imagine how they denigrate human life so cavalierly without repercussion.
Order my next three books on Amazon:

February 7, 2016
Is Football Immoral? Reflections on the Superbowl in an Age of Political Correctness
Next Post