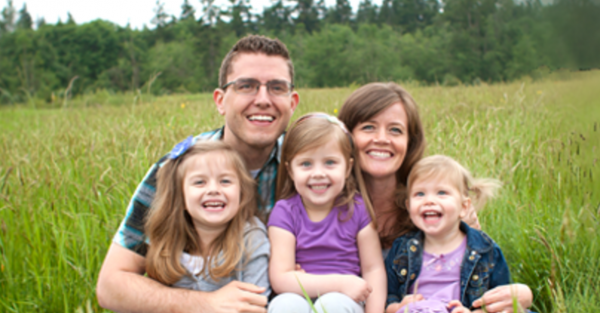 You may remember this.  In 2012, a Mormon blogger came out of the closet on his tenth wedding anniversary.

The Utah resident and Mormon  realized he was attracted to males at a young age and waited for his attraction to girls to kick in.  It never did.  When he told his religious parents, they were supportive and loving.  Their love presumably enabled him to be faithful to his religion in spite of his temptation. Additionally, his best friend – who was a girl, natch, named Lolly – helped him struggle through how this information would affect his life.  Gradually, he and Lolly realized they, in fact, were in love.  Lolly explains why she decided to tie the knot with a gay man:

“When you get married, you are accepting a person as a package deal—the good, the bad, the hard, the amazing and the imperfect….I knew that I loved Josh. I loved All of him. I wanted to marry him. I wanted to marry Josh Weed because I loved the man that he was. I loved everything that made him him. I didn’t want anyone else. I knew that we had the kind of relationship that could work through hard trials and circumstances. I had faith in him and I had faith in our love. I did not choose to marry someone who is gay. I chose to marry Josh Weed, the man that I love, and to accept all of him. I have never regretted it.”

So, Josh is married to a woman with whom he has a great sex life.  Josh explains that “sex is about more than just visual attraction and lust and it is about more than just passion and infatuation… when sex is done right, at its deepest level it is about intimacy. It is about one human being connecting with another human being they love. It is a beautiful physical manifestation of two people being connected in a truly vulnerable, intimate manner because they love each other profoundly. It is bodies connecting and souls connecting.”

So why isn’t he “true to himself” by being with a man?  Because he believes Mormonism is true and chooses to live by its tenets.

If you are gay and Mormon (or Christian), I want you to know how much love I feel for you, and how much I admire you. I know how hard it is to be where you are. I want you to do me a favor. I want you, right now, to take a deep breath, look in the mirror, and accept yourself as you are in this very instant. You are you. And your attractions are part of you. And you are totally okay! I promise. I want you to stop battling with this part of you that you may have understood as being sinful. Being gay does not mean you are a sinner or that you are evil. Sin is in action, not in temptation or attraction. I feel this is a very important distinction. This is true for every single person. You don’t get to choose your circumstances, but you do get to choose what you do with them.

I want you to know that God loves you, and that even though you are attracted to people of the same gender, you are a completely legitimate individual, worthy of God’s love, your family’s love, and the love of your friends. You are no more broken than any other person you meet. You are not evil. You are a beautiful child of God. Please don’t be ashamed. Know that you can be forgiven for any mistakes you have made, and that God is not judging you. He loves you. Turn to him. He has a plan specifically for you. He wants you to be happy, and he will take you by the hand, and guide you step by step to where you need to be if you trust Him. He is not angry with you, and He knows you completely, every part, even the parts you wish you could keep hidden. He knows it all, and he still loves you!

This blog post upon it’s publication, went super viral. Gawker called Josh for an interview, his “coming out” post was featured at Slate, and apparently a major network asked him to go to New York and be on their show.  Even Andrew Sullivan – who says he is gay and Catholic – endorsed Josh’s blog post.

So, what is the lesson?  Is it that the Mormon church – as Slate claims – is “evolving?”  Or, is this simply the way church ought to work?

Josh’s message is resonating, but not because it is revolutionary.  In fact, Jesus himself was tempted but decided not to sin. I’m not a Mormon, but my Presbyterian children learn these basic catechisms during fifth grade.

What effect did the sin of Adam have on all people?
We are all born guilty and sinful.

What does it mean to pray, “And lead us not into temptation, but deliver us from evil”?
We are asking God to keep us from being tempted and to make us strong enough to resist when we are tempted.

So why has this blog gone viral?  Perhaps because Josh’s honesty and love smashes the stereotype that liberals are all-too-willing to believe about religious people.  Liberals, after all, believe that Mormons are so hateful to homosexuals that they aired this during the Mitt Romney campaign years in California:  (Gosh, in retrospect, those were fun!)

You remember those roving bands of Mormons charging into homes during Prop 8 in California?

I think The Weed’s post is shocking to liberals precisely because their have a complete blindness to the true nature of faithful people in America.  Whether this is their fault or ours, this mischaracterization has a chilling effect on real dialogue on this issue.

Four years later, if you can judge from their blog, the Weeds are still doing well — are suffer from the joys and frustrations of married life and aging.  (Don’t feel too bad for him, he’s only 35.)

Thanks, Josh, for creating this conversation. 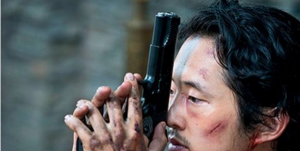 February 17, 2016
Did you catch that great Biblical message in Season 6 Mid-Season Premiere of The Walking Dead?
Next Post

February 18, 2016 Donald Trump responds to the Pope's slam that anyone who supports "building a wall" isn't Christian
Recent Comments
0 | Leave a Comment
"and what makes this even better is that the two girls are sisters http://www.huffingtonpost.c..."
d Black activists cried "racism" over this ..."
"It's heart wrenching to hear about this. Our country is getting more vile and depraved ..."
BlackSun Syndicate Target proudly welcomes men to use ..."
"a wolf dressed as a sheep is still a wolf - if u have a ..."
Aussie In Austin Target proudly welcomes men to use ..."
"I am picturing a little turd in pajamas sipping coffee."
Cantbelieveyouthinkthis Los Angeles Craigslist ad somehow captures ..."
Browse Our Archives
Related posts from The French Revolution