After the Brussels attack, avoid making this critical mistake

In the aftermath of yet another ISIS attack, my husband David French writes about one temptation that is hard to avoid:

Here’s the mistake we always make after a major terror attack — we believe this is what jihad looks like, and that stopping jihad means stopping violence. But the reality is that terrorist bombings represent merely an aspect of jihad — the most spectacular and bloody, to be sure — but only a part of the sinister whole. In the aftermath of 9/11, Americans were treated to a parade of “experts” who assured a worried public that jihadists were perverting the meaning of the term, that the term really and truly only referred to a peaceful, internal struggle — the quest for goodness and holiness. We’ve learned to laugh at this nonsense, but in so doing I fear that we’ve wrongly narrowed the term. To us, jihad is a bomb. It’s a beheading.

No, jihad is an eternal, all-encompassing unholy war against the unbeliever. It is waged in the mind of the believer, to fortify his or her own courage and faith. It is waged online and in the pages of books and magazines, to simultaneously cultivate the hatred and contempt of the committed for the kafir — the unbeliever — while also currying favor, appeasement, and advantage from the gullible West. Jihad is the teaching in the mosque. It is the prayer in the morning, the social-media post in the afternoon, and the donation to an Islamic “charity” in the evening.

There is jihad in predatory, coordinated sexual assault, there is jihad when Western camera crews are chased from Muslim neighborhoods, and there is jihad when Muslim apologists invariably crawl from the sewers of Western intelligentsia, blaming Europeans for the imperfections in their life-saving hospitality.

In other words, it’s all too easy to think of the violence and bloodshed and think “this is what jihad looks like.”   David writes, “While not all Muslims are jihadists, jihad is so deeply imprinted in the DNA of Islam that the world will confront it as long as Islam lives.”

So what do we do?  All of over social media, people are calling for outright war — complete annihilation.  But, David warns, that it’s going to take more than firepower, intelligence, or enhanced police tactics.  (Though these are obviously vital.)

… while the West currently enjoys unmatched military superiority, its mind and spirit aren’t just grotesquely decayed, they’ve been intentionally vandalized. Unless we can reverse that decline — and rediscover the eternal truths that defined our civilization — our guns, bombs, and magnificently-trained troops will merely constitute the rear guard, the force that delays the inevitable. Until Europe can rediscover its heart — the courage and faith that turned back the ancient Caliphs — then the bombs will stop only when the jihadists have won.

Read all of David’s piece here. 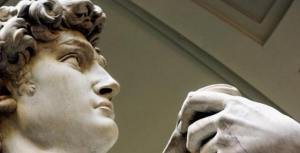 March 21, 2016
Three reasons King David should be called "rapist" and not "adulterer"
Next Post 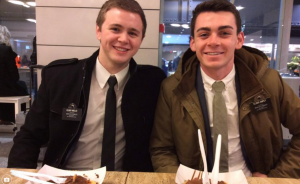 March 22, 2016 4 Mormon missionaries injured in terror attacks - here's how they are doing
Recent Comments
0 | Leave a Comment
Browse Our Archives
get the latest from
Politics Red
Sign up for our newsletter
POPULAR AT PATHEOS Politics Red
1