Obama says THIS about his wife’s figure, and feminists freak out

When you’re the President, every word is examined and every action second-guessed, but this takes the cake. Ashley E. McGuire of Truth Revolt, points out that the President made a critical mistake during a CNN interview:

President Obama was asked about whether or not, as a father, he notices pressure on women to look a certain way. Of course he does. He talks about learning from his girls “the enormous pressure young women are placed under in terms of looking a certain way,” and “of being cute in a certain way” and “of wearing the right clothes.” He talks a bit about the particular way those pressures manifest themselves in the African American community, and how he and his wife Michelle are constantly guarding their daughters against the “broader way in which we socialize and press women to constantly doubt themselves or define themselves in terms of a certain appearance.”

Then he makes a fatal mistake and pays his wife a compliment. He says, referring to daughters Sasha and Malia: “And the fact that they’ve got a tall gorgeous mom who has some curves, and that their father appreciates, I think is helpful.”

Apparently, Slate writer Christina Cauterucci didn’t like that at all.  her article — titled “If Obama Wants His Daughters to Have a Positive Body Image, He Should Leave What Men Like Out of It” —

“The message that curves are OK if and because men like them could be particularly loud for Sasha and Malia,” wrote Cauterucci.  “The implication here is that … their mothers are beautiful because their fathers say so.”

“You got that Mr. President?” McGuire wrote.  “Don’t compliment your wife on her looks in front of her daughters, you sexist jerk.”

Yes, it’s hard to be the President because every word is evaluated.

But it’s also hard to be a feminist, when every word — even a husband complimenting his wife’s body — is laden with potential damage and offense. 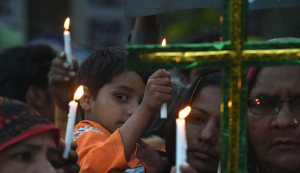 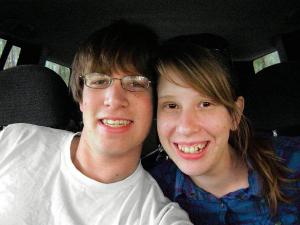 March 31, 2016 Her daughter was killed; see what happened when the mom visited the shooter in prison
Recent Comments
0 | Leave a Comment
"and what makes this even better is that the two girls are sisters http://www.huffingtonpost.c..."
d Black activists cried "racism" over this ..."
"It's heart wrenching to hear about this. Our country is getting more vile and depraved ..."
BlackSun Syndicate Target proudly welcomes men to use ..."
"a wolf dressed as a sheep is still a wolf - if u have a ..."
Aussie In Austin Target proudly welcomes men to use ..."
"I am picturing a little turd in pajamas sipping coffee."
Cantbelieveyouthinkthis Los Angeles Craigslist ad somehow captures ..."
Browse Our Archives
Related posts from The French Revolution