This is not something you want to be doing while wearing a military uniform May 11, 2016 Nancy French 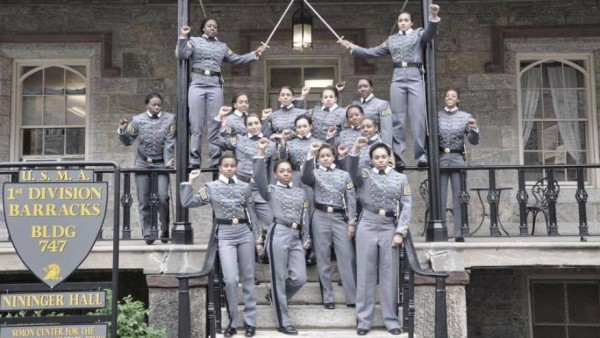 A photo has emerged of 16 black female West Point cadets who are curiously posed with their fists raised in the air, which most people immediately conclude it to be a political statement most closely associated with the “black power” gesture. That’s what the Army believes, too, and has launched an investigation as to why these cadets would pose in such a way when it’s against Defense Department directives to make political statements while in uniform.

On the other hand, some leftists think it’s merely an innocent pose meant to express “strong, confident women,” as The Washington Post described.

Is that what these women are expressing below? Are they just strong and confident, or are they making a political statement?

This is pretty clear cut.

David French explains exactly why it’s so important to never appear to be making a “partisan or nonpartisan political statement in uniform.” No matter how “innocent” it may seem, respect the uniform:

Wearing the uniform of your country is a privilege and a sacred trust. It is not a cadet’s platform for attention-seeking and statement-making. The Army should investigate and respond according to the law and the evidence — and not according to the latest trends in liberal intellectual fashion. If the cadets were intending to make a politically-charged statement, then they must be punished in the same manner as any other cadet. If not, then they should be sharply warned to use good judgment and common sense in the messages they broadcast to the world. 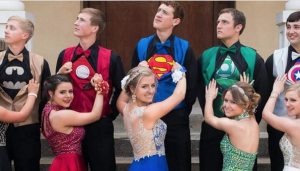 May 10, 2016
Video game creator compares innocent prom photo with... the KKK?
Next Post 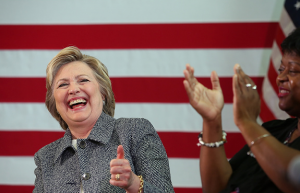 May 11, 2016 Forget Kaepernick: Hillary laughed when "under God" was left out of the pledge
Browse Our Archives
get the latest from
Politics Red
Sign up for our newsletter
POPULAR AT PATHEOS Politics Red
1