UPDATE: Did one of Hillary’s emails lead to this man’s execution in Iran?

UPDATE: Did one of Hillary’s emails lead to this man’s execution in Iran? August 7, 2016 Nancy French

When he went back to Iran, there was no talk of him being executed. Once her emails were released, he was executed. What does it mean? It means, once again, America does not take care of the people that help America. This guy was a treasure trove of information on the Iranian nuclear program. He’s dead.

In 2010, nine days before he returned to his home country, Clinton discuss details about him in her unsecured emails.  After he arrived back home, he was given a hero’s welcome.  Then, he was hanged for treason.

“I’m not going to comment on what he may or may not have done for the United States government, but in the emails that were on Hillary Clinton’s private server, there were conversations among her senior advisors about this gentleman,” he said on “Face the Nation.” Cotton was speaking about Shahram Amiri, who gave information to the U.S. about Iran’s nuclear program.

The senator said this lapse proves she is not capable of keeping the country safe.

“That goes to show just how reckless and careless her decision was to put that kind of highly classified information on a private server. And I think her judgment is not suited to keep this country safe,” he said.

The Washington Examiner noted, “It would appear possible that discussion on an unclassified — and quite possibly hacked — email system about a person who was hanged as a spy will have a chilling effect on others who might want to engage in espionage for the United States.”

In deed.  Then, the Examiner provided a gruesome and sobering detail. Apparently, his body still had rope marks around his neck when the Iranian officials returned his corpse to his mother. 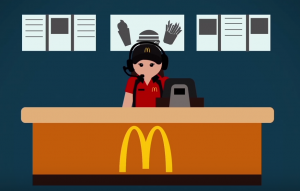 August 6, 2016
Devastating Critique: "I learned more from working at McDonald's than at college"
Next Post 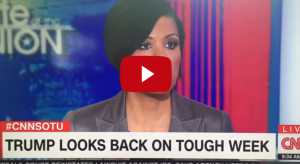 August 8, 2016 Just as this commentator accuses GOP of voter suppression, the bottom-of-the-screen crawl undercuts message
Browse Our Archives
get the latest from
Politics Red
Sign up for our newsletter
POPULAR AT PATHEOS Politics Red
1