Patriotism goes hand in hand with the Olympic games. The athletes proudly represent their countries and emotions run high when they win or lose. But some are there representing more than just their country. Below are eight Christian Olympians competing in the 2016 Olympic Games in Rio who are bold in sharing their faith in Jesus Christ.

Twenty-year-old Gabby Douglas is one of the best gymnasts in the United States and she gives all the credit to God for her amazing abilities.

“I love sharing about my faith,” Gabby says. “God has given me this amazing God-given talent, so I’m going to go out and glorify His name.”

And glorify Him she did! At the 2016 Rio games, Gabby led the U.S. team to a gold medal. That’s not the first time, either. She did the same in London 2012. Gabby also won an individual gold medal in those games — the first African-American woman to do so.

Click CONTINUE to see the other inspirational athletes who are NOT ashamed of the gospel. 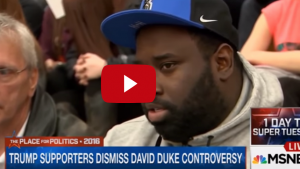 August 12, 2016
10 Shocking Minutes of CNN Cutting the Mics of People who Criticize Hillary
Next Post 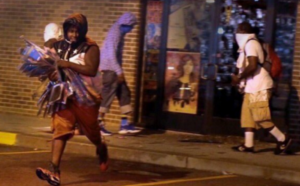