I’ve hammered Hillary Clinton for refusing to take her husband to task after repeatedly violating, abusing, and possibly raping women.  But only recently as I thought more seriously about how some men have treated me in my own life, have I begun to look more closely at the Republican nominee, Donald Trump.  What I found was not reassuring for women voters…  and should also be disturbing to male voters as well.

Here are the top 25 creepy, questionable, or inexcusable things he’s done to women:

1. He carried on a public extramarital affair with a former beauty queen, Marla Maples.

2. During his divorce depositions with Ivana, he pled the fifth 97 times when asked about adultery. He brags about this as a savvy strategy of a powerful man unbothered by the constraints of marriage.

3. His spokesperson described him as a “polite and a gentleman” because he didn’t seat Gennifer Flowers in the audience of the most recent debate against Hillary Clinton. (Though I’m all about calling out Hillary’s double-standard on abuse victims, Gennifer was a lover, not a victim of Bill’s.  Is Donald Trump against adultery now?)

4. On Lifestyles of the Rich and Famous, he was asked about his 1-year-old daughter Tiffany’s attributes: “Well, I think she’s got a lot of Marla in her. She’s a really beautiful baby and she’s got Marla’s legs. We don’t know whether or not she’s got this part yet but time will tell.” Which part is that exactly? Trump made the universal hand motion for breasts.

5.  “You know, it doesn’t really matter what [they] write as long as you’ve got a young and beautiful piece of ass,” he told Esquire magazine.

Click continue to see the next five (they get worse): 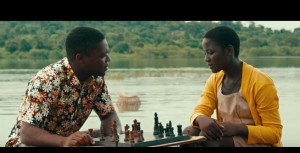 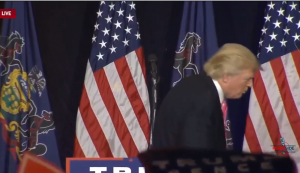 October 2, 2016 Trump Mocks Clinton's Near Collapse at the 9/11 Memorial Service
Browse Our Archives
Follow Us!