This video is something else. Anti-Trump protestors blocked a city bus in Portland, Oregon. (Because nothing says “I care about America” than making it hard for people to get to work.)

In this dramatic footage, people watch in frustration as the anti-Trump protestors won’t move to let the bus by. Then, the pedestrians see police in riot gear and formation coming their way. The police officers do NOT mess around. When it’s all over — which is quite quickly — someone from the crowd yelled, “Thank you for doing your job.”

If you hate Trump, that’s your business. But once you start blocking traffic, that’s a matter of public safety. In fact, that’s when you stop being a protestor and start being a criminal. 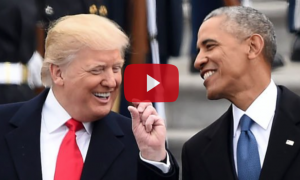 January 26, 2017
'Bad-Lip-Reading' of Trump, Obama and the Inauguration: what they were really thinking
Next Post 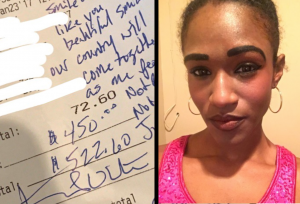 January 27, 2017 A white Trump voter leaves a black waitress a $450 tip, an uplifting note, and a changed perspective
Browse Our Archives
Follow Us!