The Crafts of the Spirit: A Missional Vocation in the Book of Exodus

The Crafts of the Spirit: A Missional Vocation in the Book of Exodus July 7, 2015 Guest Contributor

This is the fourth installment of a series of posts by Dr. Yong on the theme of the “Holy Spirit and Mission in Canonical Perspective.” See all the posts here.

If the first half of the book of Exodus preserves the all-important account of Israel’s historic deliverance from out of Egypt and culminates with the Song of the Sea, then the rest of this second book of Torah tells about the covenant between Yahweh and Israel at Sinai, and delineates details of how Yahweh’s presence is intended to be manifest in the midst of the people. Within this latter half of the volume, arguably the most important missiological theme in Exodus, at least as found in more classically articulated theologies of mission, is located at the heart of the Sinaitic Covenant. There, so the traditional missiological reading proceeds, Yahweh speaks to Moses as leader and representative of the people, and in effect commissions Israel as a holy priesthood to the nations: “if you obey my voice and keep my covenant, you shall be my treasured possession out of all the peoples. Indeed, the whole earth is mine, but you shall be for me a priestly kingdom and a holy nation” (Ex. 19:5-6). It is particularly noteworthy here that Yahweh’s election of Israel is for the purposes of representing the nations, in effect to serve as mediator between God and the world, so that such calling and vocation, rather than being meritorious (which the biblical traditions themselves clearly dismiss: e.g., Deut. 7:7), are first and foremost missiological. If that is the case, then Israel’s failure to live into the covenant can be understood as a failure to fulfill its missionary calling. Israel did not experience covenantal promises but instead covenantal judgment (e.g., the later Babylonian exile) because it neglected its missionary vocation.

It is within this framework that we must understand the extensive Sinaitic instructions to build the tabernacle for Yahweh’s presence, as well as the details pertinent to its furnishings (the ark, table, lampstand, altar), the priestly vestments, and the rites of worship (including the worship paraphernalia like lavers of washing, anointing oils, and oils of incense). What might appear to be a tedious repetitiveness of commissioning (25:1-31:8) and then implementing (35:1-40:38) Israel’s worship instead denotes establishment of the very means through which Israel, as a priestly nation, is supposed to represent “all the peoples,” indeed, “the whole earth,” before and to God.

First, and most obviously, if the enabling of the divine Spirit is essential for forming Israel as a priestly and missionary people for the nations of the world, in that respect, it might be expected that the ruah Elohim be given to those overseeing the construction of the earthly sanctuary that would facilitate, both literally and figuratively, such priestly (and mediatorial and missionary) functions. More specifically, Yahweh “has inspired him [Bezalel] to teach, both him and Oholiab” (Ex. 35:34, emphasis added), so that “all who have ability, whom I [Yahweh] have endowed with skill,” in fact, “everyone skillful to whom the Lord has given skill and understanding to know how to do any work in the construction of the sanctuary” – all “shall work in accordance with all that the Lord has commanded” (Ex. 28:3, 36:1). Bezalel and Oholiab, then, are not merely practitioner craftsmen insofar as they are also teachers, but they are simultaneously no mere theoreticians but mentors and apprenticers, imparting to the people the knowledge and skills needed for the task at hand. The missiological point is that the gift of the Spirit enables the building of the abode of Yahweh and facilitates the inhabitation of Yahweh in the presence of his people, precisely so that Israel may serve the nations and that all the world may not only come to know of the Lord but also be blessed through the promises given to Abraham.

But second, although it is possible to reason from the fact that only Bezalel is said to be given the ruah Elohim to the conclusion that the gift of the Spirit enables and empowers his work, literary, contextual, and narrative cues suggest it is just as likely, if not more appropriate that, “God calls them [Bezalel and others] to work because they are filled with spirit of wisdom so that they can fulfill the extraordinary task ahead of them.” In other words, here the lines are blurred between understanding the divine spirit as transcendent over or above human spirits and viewing the divine and human breaths as collaborative, if not convergent. Thus the Spirit of creation can be seen to harness the energies of those with the breath of life for divinely redemptive purposes, not as if descending from above or arriving from without, but as heightening and intensifying creaturely endowments from within, as it were. From a missiological perspective, this invites consideration of how the people of God can meet those outside the community of faith in the spirit of the ruah Elohim, perhaps recognizing in the creativity, wisdom, skill, and capacity of those among the nations of the world the presence of the divine breath that provides a bridge, a point of contact even, for common cause, if not for bearing witness to the mission of God.

Last but not least, for our purposes, I want to extrapolate canonically from the Exodus narrative to observe that the earthly tabernacle constructed under the oversight of Bezalel both looks back to the creation itself as the temple of God in Genesis 1 and anticipates the redeemed cosmos as the habitation of the triune God in Revelation 21. If that is the case, then the ruah Elohim who enables Bezalel, et al., in erecting the physical sanctuary is the same wind of God that brought forth the primordial world and the same Spirit that, with the Bride, welcomes all who are thirsty to take the water of life as a gift (Rev. 22:17). In that case, the Spirit of creation and redemption can be understood as being continuously at work, not only here in the history of ancient Israel, but also in any present historical moment, in taking the creational elements, whether metals, stones, or trees, as well as consecrating creatively activities, all of the sake of finally accomplishing the cosmic mission of God. 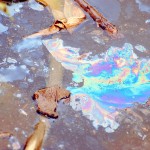 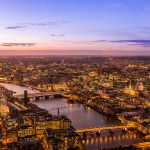 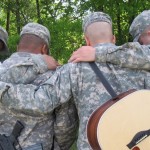 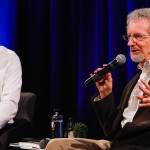 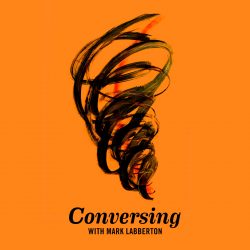 When does masculinity and femininity become toxic?
Toxic gendering is when we embrace some fruit of the Spirit as...

Ah Competition and Partisanship--- The Minion Lesson for...
https://www.youtube.com/watch?v=PjfP2tmjtQM
view all Evangelical blogs
What Are Your Thoughts?leave a comment
Copyright 2008-2021, Patheos. All rights reserved.