Pastoring in a Missionary Key: Caring and Sending

Eugene Peterson once said: “Being a pastor, if called to it, is the best life there is.” And yet, it is often a difficult life for pastors. A challenge faced by many pastors is the conflicting expectations placed on them by their congregations. Some see the primary role of pastors as caring for the needs of the congregation. Others see the primary role of pastors as equipping the congregation to be sent outward in mission.  People in the congregation would agree that both roles are vital and essential, and yet in talking to pastors in the field, as I do on a daily basis, I hear the frustration and the ache that comes from trying to navigate what appears to be conflicting primary purposes. The tension leads to depression and despair for pastoral leaders, and to disharmony and inertia in churches.

In addition to conflicting expectations, there is a stream in the missional church conversation  that through placing a high value on the outward focused (apostolic) roles of ministry leaders have been disparaging the shepherding role of pastors. I understand why: pastors who continue to operating in a Christendom mindset have stifled the energy needed to engage in neighborhoods and marketplaces with the gospel. Still, a broad disparaging of the role of pastors is not helpful, nor is it well nuanced.  Other conversations have so focused on the pastor as caregiver that the outward orientation of ministry is lost.

Local congregations are to be places of both care and transformation. The two aspects of pastoral, and congregational ministry need to be brought together: viewing congregations as both communities of care and discipleship, and a missionary enterprise engaging neighborhoods and the marketplace.

Congregations engage in work that moves from sickness to healing, and from immaturity to maturity. The task of the church is to see people being formed into the image of Christ (discipleship), in the context of the local congregation (community) on mission. Pastors, like Paul, can say: “My dear children, for whom I am again in the pains of childbirth until Christ is formed in you…” (Galatians 4:19), and then as they are being formed, encourage them out into mission.

The church needs a fresh, biblical basis for the role of pastor in changing contexts and to develop a compelling vision for how those called to serve as pastors might:

o   lead and live out a calling to care and disciple a congregation,

o   equip and send the congregation out in mission.

This paradigm of caring and sending, what Pope Francis calls “pastoral ministry in a missionary key,” offers a new framework for ministry leaders and provides encouragement to those who are caught in the tensions and complexities of local church life.

Decades ago, Ralph Winter, missiologist and founder of the US Center for World Mission, spoke of two types of God’s redemptive mission in the world: “On one hand the structure we call the New Testament church is a prototype of all subsequent Christian fellowships where old and young, male and female are gathered together as normal biological families in aggregate (a modality). On the other hand, Paul’s missionary band can be considered a prototype of all subsequent missionary endeavors organized out of committed, experienced workers who affiliated themselves as a second decision beyond membership in the first structure (a sodality)” (Ralph Winter, The Two Structures of God’s Redemptive Mission).   I suggest that it is not necessary to view the work of pastors and an entire congregation, as either a modality, or a sodality. Rather, the mission of a local church is to be both a place of caring and sending, and pastors of these congregations engage in efforts to equip and encourage those aspects.

Foundational to this emphasis is a conviction about the importance of the local church. The local church is a worshiping, discipling, and nurturing community moving outward in witness and mission. Ministry is never abstract; it is always practiced in the local, the concrete, the ordinary, and the routine. The ordinary work of the local congregation is a sacred task.  Pastors serve in this embedded space—working to form a people in worship, community and discipleship, and encouraging witness and service in the neighborhood.

Recognizing the importance of the five-fold gifting mentioned in Ephesians 4, apostles, prophets, evangelists, pastors and teachers, I suggest that pastors in local settings become the hinge and the catalyst for both the externally focused ministries (sending), and the internally focused (caring) ministries of the church.  The sending ministry forms new local congregations pastored by shepherds and teachers. The sending ministry from a local congregation will form new congregations as well.  Pastoring when done in the missionary key creates communities of care and discipleship, and sends people out into new ministries.

Kurt Fredrickson, DMin, PhD, is Associate Dean for Doctor of Ministry and Continuing Education, and Assistant Professor of Pastoral Ministry at Fuller Theological Seminary.  Prior to coming to Fuller, he served for nearly a quarter of  a century as a pastor at the Evangelical Covenant Church of Simi Valley, CA. 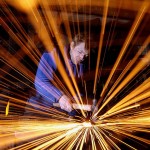 July 7, 2015
The Crafts of the Spirit: A Missional Vocation in the Book of Exodus
Next Post 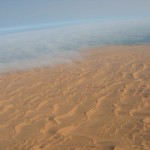 August 24, 2015 Intercessory Mission: The Spirit’s Dangerous Answer to Prayer in Numbers 11:16-34
Recent Comments
0 | Leave a Comment
Browse Our Archives
get the latest from
Evangelical
Sign up for our newsletter
POPULAR AT PATHEOS Evangelical
1

Can God Change the Past?
Roger E. Olson
Related posts from The Fuller Blog 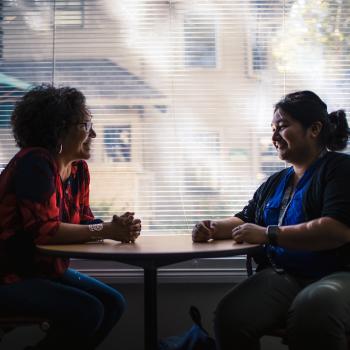