Maya is not Satan 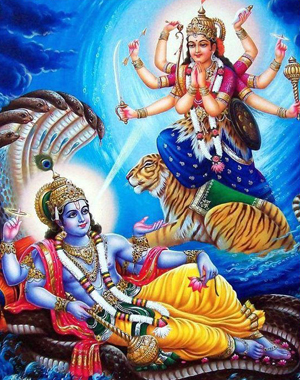 Poor Satan. He gets so much blame in the world, when it seems his actual power is limited to whispering temptations in people’s ears. They can ignore his suggestions or go along with them, but despite their free will in the matter, he gets the blame for their wrong actions.

Sometimes Maya is compared to Satan by writers who are trying to make a correlation between Hinduism and Christianity. Here’s why the analogy doesn’t work: Satan is a being separate from God, in fact antithetical to God. Satan works against God’s will like a two year old shouting, “No!” to every request of his parent.

Maya is God’s own power — the power to pull us into stories. When you go to a movie, the lights dim and you’re drawn in. You aren’t trapped against your will. At any time, you’re free to realize that it’s just a movie. You can fully enjoy the movie while simultaneously realizing that Mark Ruffalo doesn’t turn green when he’s angry (probably). On the occasions you get completely swept away by a film and magically transported to a place where you forget your true nature and become absorbed in the onscreen world, you don’t get angry with the screenwriter or director or actors or movie theater. You realize they’ve done a great job and you seek out their other work. Even people who rail against the lack of values in Hollywood don’t usually claim that the art of storytelling itself is Satanic.

Sometimes you get so wrapped up in this life that you forget you are an eternal soul wearing a physical body and believe you are the body. But here’s the deal: you’re here for a reason. You took on a body and now you’re immersed in that body’s story world. The goal is to remember your true nature — not to do so is to live deluded. Occasionally getting so immersed in the story that you forget it’s the temporary story of an impermanent incarnation isn’t Satanic.

Maya not only “draws the minds of even the wise” into the story (Devi Mahatmya 1.55), but she herself liberates. You can ask Maya for help when you’re so immersed in your own personal story that you want to punch the next person who says, “This too shall pass.” Remembered in distress, she removes our fear (Devi Mahatmya 4.17) and she rescues those who take refuge in her. This is nothing like Satan. If you get into a mess, most people don’t suggest calling on Satan to help you out. He would presumably be rubbing his hands together in glee and cackling. Sometimes parallels can be drawn between concepts in two different religions, but Satan and Maya don’t correlate.