Celebrity gossip is an $8 billion a year industry. In a world of uncertainty, where all the news is scary —  the climate and wars and disease and mass shootings and people occasionally just disappearing into sinkholes without warning and all of the food available is bad in some way — it’s our cultural escapism to wonder which celebrity had what plastic surgery or who’s dating whom.

I’ve noticed a disturbing trend, though, in a cultural phenomenon that’s already disturbing. It goes like this:

Commenter A objects to something a celebrity does/says/stands for. Perhaps it’s tacky or immoral or vulgar or unintelligent.

Commenter B shuts down Commenter A with, “Well, Celebrity X has more money than you ever will so Celebrity X must be right!” 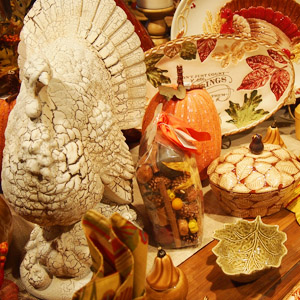 Really? Is this the logic being used? The person with more money must be in the right?

Years ago I heard a father say to his son, as they were trying to decide where to go on vacation, “It’s called the Golden Rule. He who has the gold makes the rules!”

Is this really what we’re calling the Golden Rule now? Apparently the current Congress and Supreme Court seem to think so, since they’ve been on a streak lately of siding with corporations instead of citizens. Actually, we barely qualify as citizens anymore, we’re “consumers.” And those with less money for conspicuous consumption get less of a voice.

Are the rich our betters? Should we accept their standards as obviously correct, the proof being their wealth?

The Puritans believed that a person couldn’t know if they were going to heaven but that wealth was a possible sign of God’s favor. This belief led to what’s been called the Protestant Work Ethic. Hinduism also sees wealth as a blessing from Lakshmi. Swami Vivekananda says:

A householder who does not struggle to get wealth is immoral.

He goes on to explain:

If he is lazy and content to lead an idle life, he is immoral, because upon him depend hundreds. If he gets riches, hundreds of others will be thereby supported.

I agree that work is our duty. Laziness isn’t condoned by any religion. But in our economy, hard work isn’t always rewarded with riches, nor is wealth always a sign of hard work. Some people work two low-paying jobs and can barely afford rent and food. Other people inherit wealth and their only “work” is whether they choose to invest or squander it.

It is the duty of the householder not to pay reverence to the wicked; because, if he reverences the wicked people of the world, he patronizes wickedness…

I can’t help but think we (at least occasionally) reverence the wicked. Don’t the villains get all the best clothes? Isn’t evil sexy now? Doesn’t everyone prefer Marvel’s Loki to Thor? And, sure, vampires do want to kill humans, but isn’t Eric Northman sooo sexy and weren’t those guys from the Fellowship of the Sun who wanted to kill the vampires the real bad guys?

If no one can criticize the Mileys or Jay-Zs or Kardashians because their wealth proves they’re rightness, what about the Koch Brothers? Doesn’t their ability to buy elections prove the correctness of their political ideas? What about the Walton family? If six of the ten richest Americans is a Walton, then does that mean no one can criticize them for paying their employees so little that they rely on government assistance for their survival?

Entertainers are at least earning their money in relatively harmless ways. Whatever you think of pictures of Kim Kardashian’s rear end, there are worse ways to create wealth. What about wealth that’s created by exploitation? Sex slavery? Blood diamonds? The conflict in Darfur, the end game of which is to remove people from land rich in oil? What about American companies who laid off American workers to move their companies to China, where they can not only pay almost nothing in wages, but they don’t even have to follow environmental guidelines? Does the fact that the Chinese workers handling toxic chemicals get cancer and die before they’re 25 prove that they’re inferior to the CEOs who insist on using benzene? Do they have no right to criticize their employers, who have more money than them?

In the Mahabharata, when Duryodhan is dying, he taunts the Pandavas, saying he’s had the better life than them. While he’s lived in a palace, they’ve hid in the forest. While they were subsisting on fruits and berries, he was feasting. He got to rule a kingdom at its height; they’re inheriting a kingdom that’s been decimated. So he dies knowing that he was in the right all along, since he’s been blessed with the richer life.

But…Duryodhan is the “bad guy” in the story. And while the characters are complex, and Duryodhan does have some strengths and the Pandavas definitely have some flaws, Yuddhisthir is the embodiment of dharma, and Duryodhan is the symbol of adharma. Can we trust his assessment that his wealth proves his superior virtue, or are we meant to understand that his opinion is wrong?