What does Hinduism teach about the right to die?

I don’t know how many times I heard that exact exchange when my aunt was dying of breast cancer. I was 14. My mom told me then, and I’ve always remembered, to let people talk about their impending deaths. When someone knows their life is coming to a close, they want to get ready for the next step in their journey without being told they’re going to be fine.

The United States is a realm of death denial.  We’ll spend any amount of money clinging to the last moments of a life that’s over. In a time when humans don’t believe in souls, the body must be clung to no matter how unsuitable it is for inhabiting. Brittany Maynard’s decision to end her life on her own terms has brought a firestorm of public opinion.

What does Hinduism teach?

Suicide is not condoned in Hinduism, but choosing to die rather than seeking treatment at any cost and life in any state of impairment is accepted. The allowed method is fasting and the ritual is called prayopavesa. The fast will begin with giving up certain foods, then giving up more and more foods until finally even water is rejected. The reasons for the method are twofold: first, you can let go of attachment to this life and say goodbye little by little. You can come to terms with things and release them and move forward without unfinished karmas to weigh down a future life. Second, you have time to think through your decision and change your mind.

An aunt of mine (the younger sister of the aunt who died when I was 14, this aunt died when I was 22) chose to fast unto death. I must say, almost no one supported her decision. She was constantly cajoled to eat. I don’t understand why. She knew she was dying and the treatments were making her unrecognizable. (Breast cancer treatment has come a long way since the 1990’s and their third sister had the same cancer and is now actually fine. This aunt and their older sister were anything but fine with the treatments available at that time).

My personal opinion is that I don’t plan to spend my last days over-medicated and incapacitated. I don’t understand the fascination with wanting to prolong life at any cost. It might be that my belief in reincarnation makes me think trading in a worn-out body for a new one is a better deal. But honestly? If I believed life ended completely at death I would still not want my agony and humiliation to be dragged out. 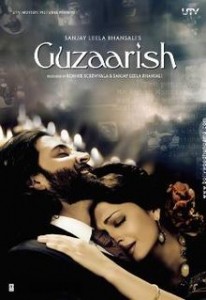 It should be noted that although the practice of prayopavesa dates back thousands of years, other active forms of euthanasia are generally illegal in India. Passive euthanasia (“pulling the plug”) is legal there, as it is here. Netflix has a 2010 Bollywood film starring Hrithik Roshan and Aishwarya Rai called Guzaarish which is about a man who petitions the court to allow him to end his life.

I can’t know whether Brittany Maynard made the right decision. She was young and wasn’t suffering that much yet. Maybe she would have been strong enough to survive, as a few of my friends who had leukemia and Hodgkin’s lymphoma in their twenties did. They’ve gone on to get married, have children, and live lives their doctors didn’t believe they could. The friend who had Hodgkin’s just had a new baby and she has a two year old as well. Both are children she was told she’d never be able to have. Each year she celebrates the end of her cancer treatments and the life she didn’t expect to still be living. Perhaps Maynard’s doctor was wrong to forecast only six months for her to live.

While I can’t know if Maynard made the right decision, and while I certainly don’t condone suicide as a response to a scary diagnosis, I do believe in the right to die with dignity. It only needs to be the right choice for the patient and her loved ones.