Who is the Self?

A few years back I saw a segment on a woman who wouldn’t cut her toenails, even though they were long enough to prevent her from getting the exercise she needed to manage her diabetes. One quote stuck in my head:

This is a perfect example of being attached to something that is not our true Self.

Bill Maher once wrote a piece on Buddhism that contained these words:

And reincarnation? Really? If that were real, wouldn’t there be some
proof by now? A raccoon spelling out in acorns, “My name is Herb
Zoller and I’m an accountant.” …something?

That’s another example of being attached to something that is not our true Self. There was once a Bill Maher who wasn’t a television host and comedian with a habit of laughing before he gets to his own punchlines. If he lives long enough, there may be a time in his life when he is no longer either of those things. Who was he before? Who will he be if he outlives his career? 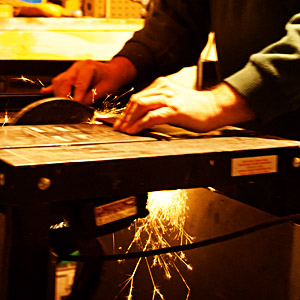 Hinduism teaches that you have a Self (atman). The Self indwelt your body as a baby and a teen, and that same Self indwells your body as you age. Buddhism differs from Hinduism almost entirely in this one teaching alone — Buddhism teaches that there is no Self (anatman) that remains consistent. Just as the old man has no cells in his body in common with the baby, the old man has no Self in common with the baby either.

Whatever we believe humans intrinsically are (or aren’t), most of us can agree that our toenails aren’t 50% of our identity. But what is? Being an accountant?

When forced to write a shot bio (as we often are in our social mediafied world), a surprising number of people write, “Coffee drinker.” I can’t guarantee that my own bios over the years haven’t included a nod to my cafe mocha habit. Coffee might be more socially acceptable an addiction than toenails, but is it any more a part of who we are? Is this our true identities?

Who would all the coffee drinkers be if the coffee shortage makes the beverage unattainable? Who would Bill Maher’s raccoon be if he let go of his past incarnation as an accountant? Who would the toenail addicts be if they cut their nails and tucked their feet into lace-up shoes instead of flip-flops?

The spiritual journey is a quest to find out who we are when we stop identifying as what we aren’t. If we walked away from everything in our lives right now, who would we be?

November 3, 2014
What does Hinduism teach about the right to die?
Next Post