Be Who You Want……Just Don’t Expect Everyone to Like it…..

I’ve been grappling with some issues that have recently come hurtling toward us through the media. Issues that it seems we aren’t supposed to form an opinion on—unless it’s the right opinion. We’ve been clearly shown and told what we should think…But, I want to explore what I actually think without the script being handed to me.

What if, for instance…

A friend, Anna, meets me for lunch and with a very serious expression says, “Ever since I was young I knew I was born into the wrong race.”

“Oh?” This piques my interest. “What do you mean wrong race?” I hadn’t realized there was a wrong ethnicity.

Oh, we totally had this in common, I smile. “Me too! I got my black belt in Taekwondo…”

Anna talks over me, “And you know how Americans are all chowing down on burgers and fries and junk food? I crave noodles and fresh vegetable stir fry.”

I nod, a bit puzzled about where this is going but think, well everyone can like whatever they want to like. “I avoid junk food too…”

She continues, “I didn’t care about Scooby Doo and Super Heroes like everyone else as much as I loved anime and manga. All the other white American kids were playing softball but I wanted to take martial arts which made me feel like there was something bad about me. I felt so alone.” Anna tears up.

Huh…a lot of kids like martial arts. I pat Anna’s hand because she seems upset and I don’t like to see her sad. “I wasn’t really into softball either…” I begin to reassure her but she’s still going.

“I travelled…like online… and to a museum about Asian History and their art and the beautiful sing-song of their language felt so right to me. Resonates. Ya know?”

“I have Asian friends and I relate way more to them than my White American friends.”

“I’ve finally realized that I was born in the wrong country. I’m actually not an American born Irish/Germanic hybrid on the inside. I’m Asian. And proud to be.” She folds her arms and stares me in the eyes.

I ask, “What part of Asia are your insides from? Korea, China, Singapore, Cambodia, India, Malaysia, Mongolia?”

Anna frowns. “That’s not the point. From now on everyone needs to call me Hyo Jung.”

I shrug and try to keep my eyes from popping out. “Okay…one of my sisters changed her name for a while in college… so that’s cool…”

“I’ve decided to undergo a surgery to narrow my eyes, streamline my ugly big nose and make me more petite. I also plan to dye my hair black and maybe even bind my feet. Because that’s how Asians are.”

I’m surprised and taken aback. And actually find myself glancing around the room nervously, hoping there are no Asian Americans within earshot because they might take offense at being boiled down to such a simple stereotype.

“What? Is there something wrong with that?” Anna looks like she might cry. “Are you a bigot or something? Most White Americans are.”

“Ahh…I…” Will the insinuations never cease? “Obviously, you can do whatever you like. It’s a free country.”

“Yeah but you think it’s weird. Don’t you!” She becomes agitated and accusing.

“To be honest, I don’t totally understand it… and I’m not sure I agree with the logic but…”

“Look, you’re my friend and I love you. It may just take me a bit to adjust to this…” My mind spins to catch up and make sense of her decision.

“Oh. I see. Well if you can’t come to terms with this then I guess you’ll join my parents and some of my cousins and friends from work on my poop list.” With a hurt look in her eyes she sweeps out of the diner. “You’re all haters.”

I think to myself…Oh, no. She’s really upset. But, wow that was a curveball! I want her to know I care about her regardless of what she likes to do or eat or wear.

After all, aren’t we all more than what we like and how we look?

Most people can relate to the feeling of being dissatisfied with themselves. To wish they had different features or more or less of something. I believe people have the right to be what they want to be. Of course they do. I believe I’m probably a ninja warrior Queen inside and should have been raised as a millionaire. Also, I’m not a natural redhead with a purple stripe. (Yes, it’s fake. You got a problem with that?) We each choose how we want to present ourselves to the world.

But, not everyone will applaud you for “finding yourself” especially if the self you found is perceived as a type of identity theft or cultural plagiary.

This brings to mind the recent controversy surrounding Rachel Dolezal, a white woman who “identifies” with being an African American and has been “living as one”. While her dishonesty about her roots may not be appreciated, there are many who take issue with the very idea that one can claim another race.

Should we think it inconsistent then, that Rachel Dolezal has been widely criticized for her life choice, while Caitlyn Jenner, a transgender, is openly applauded for that identity change? Or is race thicker than gender?

Race and gender have something important in common. We are born that way. Those two things are not debatable, unlike other traits which could be attributed to nurture rather than nature.

Rachel Dolezal has stated that she feels connected with the African-American experience. She claims that as a child at age 5, she’d draw self-portraits in brown instead of peach crayon and with black, curly hair.

Some individuals may decide that they’d rather not continue in life as they began it. That may be their right, but nobody gets to choose the world’s reaction to that choice. I’m sure both Dolezal and Jenner would like it if everyone understood their choices and agreed with them.

But let’s face it, we never know what the world’s reactions will be. Yay, Caitlyn and Boo, Rachel. These are not simple issues—it isn’t like buying a new car or getting a haircut. So it’s fair to expect complicated reactions.

Being on board with everything everyone does is not a requirement in a free thinking society. Nor should it be. Not everyone is going to like all lifestyle choices and in fact many will be quite vocal in opposition to some. Sure it would be nice if everyone agreed on everything but that’s a childish wish. If you believe in what you’re doing you don’t need everyone else to tell you it’s okay. Be who you want to be.

Ideally, nobody should be witch hunted for having a different opinion. If everyone would keep it respectful that would be awesome—but sadly that’s not reality for any of us.

As Al Franken said. “It’s easier to put on slippers than to carpet the whole world.”

Sometimes being “born that way” is something we’ll hate and sometimes, something that we love. It will be what we use as an excuse for some things, cause for celebration or a motivation for change in others. We can choose to embrace how we’re born or not.

Many African Americans are offended by Rachel’s life choice, seeing it as another act of white privilege. How can a white girl, raised by white parents co-opt the African American experience? Rachel can’t truly know what it is to be part of a cultural minority. She can’t hijack a history that isn’t hers. She can color her skin and curl her hair and sympathize all she wants. That doesn’t make her African American in all the complexities and layers of what that means.

I can’t speak to that from my heart because I’m white. But, in that same vein, as a woman raised by a strong woman, I have to take issue with “brave Caitlyn”. Jenner was not raised as a female and doesn’t know the agony and the ecstasy of that. Growing up as a male in a Patriarchal society, Jenner can never know how it feels to be a woman—and I don’t mean how it feels to wear heels.

The implication is, that somebody can become a woman by looking like one. I find it alarming how womanhood is being defined. It makes assumptions and generalizations about both genders. It over simplifies who we are as humans.

I am not a penis-less man.

Boobs and makeup do not a woman make. (Plenty of women choose not to wear makeup. Also, some women have lost breasts to disease. Are they less of a woman?)

Liking to shop, the color pink and playing with dolls is not determined by gender. (I hate shopping and one of my best friends who is a man, loves it—and wouldn’t blink at wearing pink—although I prefer wearing black. I played with GI Joe (gasp) and Strawberry Shortcake dolls.)

Loving athletics can happen regardless of boobs or genital configuration.

Being analytical, intelligent or less emotional does not make someone a man.

Being sensitive, sweet and intuitive is not reserved for humans with boobs.

Wanting to wear a sexy dress…well, apparently either gender can derive some joy from that. Go for it.

So, men, wear your dress, and lipstick. Spend money on surgery if you want to. Heck—who doesn’t want a boob job these days? Pose in sexy lingerie for the world to judge and say you’re a woman now. You’re free to do so if it makes you feel good. If you believe that makes you a woman, then welcome to the club of the sometimes voluntarily demeaned and objectified. Sadly, a lot of women have bought into all of that too.

If I sew wings on, enjoy eating worms and chirp, does that make me a bird? Or just a human who likes imitating a bird?

Either way, I guess that would be fine. I can do that all day long. It’s my choice. But, maybe I shouldn’t be too outraged if a bird or two, who were born that way, get a little bothered by the parody.

Entertainment
A TREMOR IN THE FORCE - Part 3...
The Rogue 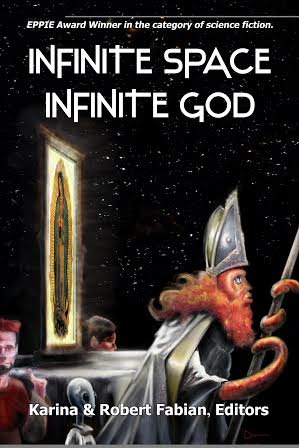