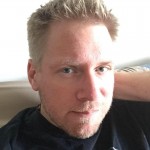 Jonathan grew up poor in Indiana and spent two weeks every summer with his grandmother, who allowed him to check out library books on Bigfoot, the Mothman, and various ghost stories. He explored all the dark and spooky places of the Midwest, including the mysterious mounds that dot the landscape there, developing a love for the weird, scary, and strange.

Jonathan’s adventurous spirit led him to live in many states and travel the world to help others, sometimes at his own risk.  During a service project trip to Northern Ireland, local police mistook him as a member of the IRA while encouraging dialogue in Belfast between Protestants and Catholics before the Truce. He worked alongside the Navajo and Tohono O’odham nations to encourage community development. Jonathan also brought together a group of atheists and Christians to contribute to relief efforts in Biloxi and New Orleans after Hurricane Katrina. This project received a Multicultural Award from The Ohio State University.

Jonathan has spoken to thousands of people on writing and religion. His writing credits include The Huffington Post, Christianity Today, The High Calling, TAPS ParaMagazine, and Intrepid Magazine. In 2013, he started a blog called The Rogue on the world-renowned interfaith site, Patheos.com interviewing people like Vera Farmiga, the controversial Kirk Cameron, and produced international coverage of the Ken Ham/Bill Nye the Science Guy Creation Museum debate.

Just recently, he was asked by the estate of Charles Williams to write an introduction for the re-release of the famous Inkling’s novels on e-book through Open Road.

He currently lives in Notre Dame, Indiana where he works as an editor at Ave Maria Press.

Jonathan is represented by Amy Jameson of A plus B Works Literary. 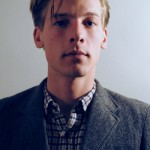 Alan is a writer, editor, and wannabe baseball player. He is a Senior Publications Editor at the Center for the Advanced Study of India (University of Pennsylvania), where he also earned a Masters of Liberal Arts in Creative Writing. Among Alan’s many interests, he is most passionate about inner city issues, baseball, music, and adoption. He’s worked as a consulting editor for Jonathan Ryan’s novels, and is pursuing publication for his own novels. Alan lives in Philadelphia, PA with his wife and two daughters. 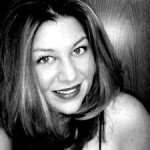 Melody Evans is Social Media Manager for a family of healthcare companies, and a freelance photographer and book review blogger for Up All Night Novels. When she’s not hopelessly attempting to improve her lackluster video gaming skills or forgoing sleep in the endless pursuit of literary satisfaction, she can often be found diligently glued to her keyboard, seeking new outlets to express her love of all things geek chic.

Melody currently resides in Mansfield Ohio, where she enjoys spending time with her family and pets, exploring new places, dabbling in holistic medicine and attempting to maintain a healthy lifestyle. 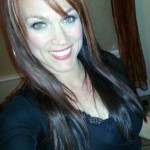 Jo Schaffer is a YA novelist, Junior Literary Agent with Gateway Literary speaker and ninja mama, born and raised in the California Bay Area.

She’s a founding member of Writers Cubed and co-founder of the Teen Author Boot Camp, one of the largest conferences in the nation for youth ages 13-19. She and a crew of local international bestselling authors present writing workshops to over 400 attendees at the Utah-based conference as well as hundreds of others worldwide who view the conference online.

Jo loves being involved in anything that promotes literacy and family. She is passionate about community, travel, books, music, fitness, classic films and martial arts. Her brain is always spinning new ideas for books and sometimes she even gets around to blogging on her own blog.

Jo lives in the beautiful mountains of Utah with her filmmaker/artist husband, three strapping sons and a blue-eyed cat named Smokey. 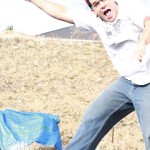 Tom Durham is a writer, filmmaker, Emmy®-nominated producer, family guy, idealist, and advocate for underdog creatives. He loves brainwashing his kids with Tolkien, Trek, and Narnia.

His award-winning, time-bending sci-fi feature film 95ers is in international distribution, and is due for release in the United States in April 2014. He has created many other universes—sci-fi, fantasy, and steampunk, and is nearing completion of his YA fantasy novel, The Return of Magic.

Tom’s is an ongoing and epic struggle to conquer the mundane, and help unite mighty new creators with their audiences.  There are titans among us, bearing the weight of our civilization on their noble shoulders.  Who are they?  Idealistic youngsters and mommies and daddies with no money and no connections—who can still change the world with their hard-won dreams and stories. You may see Tom spouting this nonsense at various sci-fi and fantasy cons.  Fans arise!  Become patrons or all is lost!

Check out Tom’s projects (which usually have cool videos to go with them if you don’t like reading) and explore collaboration (fans and creators) at tomdurham.com.

Related posts from The Rogue