Warning: Potential spoilers for folks who don’t get to watch cartoons in a timely fashion (a category in which I would normally be included).

Gravity Falls is one of my favorite cartoons currently on TV. This week’s episode, “The Last Mablecorn,” tackled an important issue—morality. While I’m seriously disappointed in the writer’s choice to have Mabel learn from her experience that “morality is relative,” there was a lot that was very useful in the episode, too. The Pine’s family needed unicorn hair to protect themselves from Bill Cipher, so someone of pure heart had to go retrieve it. Mabel, looking for adventure and known to be of particularly pure heart, went on the quest.

Candy, Brenda and Wendy went with her to collect it and they were willing to use evil means to accomplish their goal (they got involved with an illegal butterfly trade to get ill-gotten faerie dust needed to knock the unicorn out to steal its hair) when met with a disingenuous unicorn. This particular unicorn lied to Mabel, saying that it could see into her heart, and that she was not pure. Mabel was surprised, but accepted it—looking to fix her heart by doing good deeds. Nothing she did was good enough for the unicorn to acknowledge that she was a good person. When push came to shove (and actually, it did eventually come to fisticuffs), Mabel wasn’t willing to let her friends steal the hair.

When it was revealed that the unicorn was, in fact, a jerk (self-proclaimed) and was messing with her, she was willing to fight for it, though. Mabel was good. She was kind, loving, faithful to her family and friends and very caring. Everyone else could see it, but she was filled with self-doubt by a self-serving unicorn. The unicorn was a poser—it wasn’t good itself and it didn’t have her best interests at heart when accusing her of impurity. It was simply trying to “get rid” of her. It had her taking stock of her sins (some of which were imaginary) with no direction for healing or improvement. It had no interest in her happiness or her personal fulfillment. That unicorn was acting in an immoral manner—it had a very relative morality—and no one who met it agreed with its actions.

We should not allow ourselves to be directed by those who are not working for actual good—but to deny that there is an actual good is wrong. There was a standard present in the show that proves that there is a common standard of what good is. Wendy called Mabel a “saint.” She knew that there was a definitive good. Otherwise, what was she basing that judgment on?

Unfortunately, many people do experience people who have a moral standard as being judgmental—the folks at Disney didn’t make that up. If I want to uphold a real standard of good, I need to live it myself and be a model of good. However, the definition of “good” should not be limited to my ability (or inability) to live it. If I want to be a model of good, I need to be living compassion and true care for others; helping people who want to become better to do so when they seek help. If my actions aren’t inspiring kindness and growing strength in others, I’m doing something wrong. If my actions are inspiring hatred, self-doubt and growing shame, I’m doing something wrong. If Mabel’s character is going to continue to be “good” as has always been part of her charm, a correction in her new-found learning is going to need to happen. Otherwise, she’s going to become a unicorn, too.

September 30, 2015 Duped By Davros
Recent Comments
0 | Leave a Comment
""I must confess, I HATE Christian radio. There are always exceptions, but more than ever, ..."
Krysia Berdinski DeGraaf Christian Music’s Authenticity Problem (or How ..."
"That's right my man. (Sorry to resurrect an old article) but it's still true. It ..."
▌Đeparture ▌ Christian Music’s Authenticity Problem (or How ..."
"We both share the same dilemma. We embrace our understandings of the Gospel and, therefore, ..."
JOB2001 Why Reformation Day is Dumb…
"Sorry for jumping to conclusions without knowing you! Regarding your dear aunt's fear, one should ..."
Truth Why Reformation Day is Dumb…
Browse Our Archives
Related posts from The Rogue 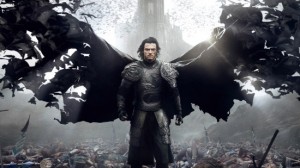 Entertainment
Dracula: Doing The Wrong Thing For The Right...
The Rogue