An atheist message amidst the Christmas symbols

An atheist message amidst the Christmas symbols December 5, 2008 Gene Veith

The state of Washington has agreed to allow an atheist group to include one of their signs along with the Christmas tree and the Menorah at the state capitol building. Here is what it says on the sign: “There is only our natural world. Religion is but myth and superstition that hardens hearts and enslaves minds.”

This is not fair and equal treatment. The atheists get to display a verbal message. The religions of the world just get to display a symbol. The result is that in the whole display the atheist pronouncement reads like a caption–a commentary, a criticism, a judgement–on the whole religious display.

If the atheists have to be represented, let them offer a symbol. (What would be an appropriate symbol for atheism equivalent to the Christmas tree or the Nativity Scene? Strange Herring suggests a guillotine or one of those depressingly ugly Soviet tenements in which communists like to warehouse their citizens [and which, incidentally, is the setting of “The Decalogue”] What would be some other good symbols for atheism? I’d like some that would be acceptable to the true non-believers also, so I hope Michael the Little Boot weighs in.)

Or, let the religions also put up signs that say what they believe and make their case to the world. (What would be a good message that would do that for Christianity, short enough to fit on a sign but that would have an apologetic impact?)

December 5, 2008 My rare Art Book for sale cheap
Recent Comments
56 Comments | Leave a Comment
Browse Our Archives
get the latest from
Cranach
Sign up for our newsletter
POPULAR AT PATHEOS Evangelical
1 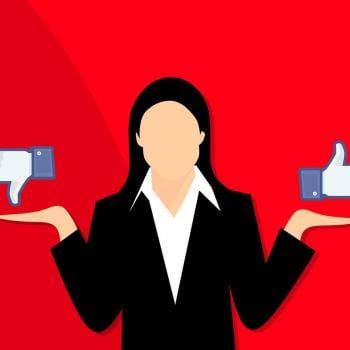