Theology of the Cross and the Problem of Evil (#6)

Our final installment of our consideration of Carl Trueman’s article Luther’s Theology of the Cross:

This casts the problem of evil in a somewhat different light for Luther than, say, for Harold Kushner, the rabbi who wrote When Bad Things Happen to Good People. They happen, Luther would say, because that is how God blesses them. God accomplishes his work in the believer by doing his alien work (the opposite of what we expect); he really blesses by apparently cursing.

Indeed, when it is grasped that the death of Christ, the greatest crime in history, was itself willed in a deep and mysterious way by the triune God, yet without involving God in any kind of moral guilt, we see the solution to the age-old problem of absolving an all-powerful God of responsibility for evil. The answer to the problem of evil does not lie in trying to establish its point of origin, for that is simply not revealed to us. Rather, in the moment of the cross, it becomes clear that evil is utterly subverted for good. Romans 8:28 is true because of the cross of Christ: if God can take the greatest of evils and turn it to the greatest of goods, then how much more can he take the lesser evils which litter human history, from individual tragedies to international disasters, and turn them to his good purpose as well.

January 9, 2009
What are the Great Christian Books?
Next Post 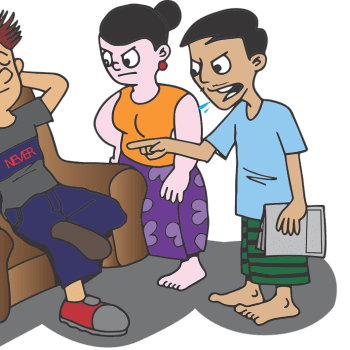 Evangelical
Labor Day and the Refusal to Labor
Cranach