Classical education as a confessional mandate?

Tracing some of those helpful Luther quotes on vocations that some of you had given me, I came across this in the online Bente Triglotta translation of the Book of Concord. From the explanation of the Fourth Commandment in The Large Catechism:

Let every one know, therefore, that it is his duty, on peril of losing the divine favor, to bring up his children above all things in the fear and knowledge of God, and if they are talented, have them learn and study something, that they may be employed for whatever need there is [to have them instructed and trained in a liberal education, that men may be able to have their aid in government and in whatever is necessary].

As I recall, the bracketed text means that it is in the Latin version, but not the German. I believe subscription is to the German version, which is the main text for the modern English translations. Still, it’s surely significant that “liberal education”–which is synonymous with “classical education,” referring to the liberal arts, the education that forms a free citizen)–is advocated in the Lutheran confessions. “On peril of losing the divine favor,” no less, at least for children who are talented.
Previous Post 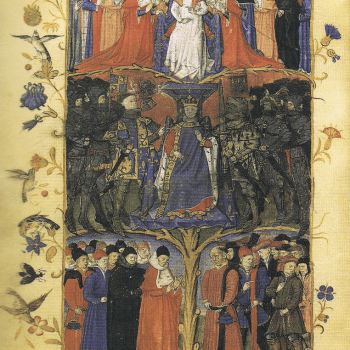