Colleen LaRose is a white, middle-class suburbanite from Pennsylvania.  She became a terrorist recruiter known on the Internet as Jihad Jane.  She was arrested for her involvement in a plot to kill the Swedish cartoonist whose caricature of Mohammed inflamed the Islamic world.

The blonde middle-aged woman apparently raised no concerns with her boyfriend or her neighbours on Main Street, Pennsburg, near Philadelphia.

But online she had allegedly agreed to kill in the name of holy war, believing her European looks would allow her to blend in among Swedes as she homed in on her target.

Colleen LaRose, according to a US court indictment, posted messages online under the name Jihad Jane, expressing her desire to participate in jihad, or holy war.

Arrested in October 2009, Ms LaRose had exchanged emails over 15 months to recruit fighters for “violent jihad”.

Her activities apparently came as a surprise to her boyfriend Kurt Gorman, whom she met in 2005.

Mr Gorman told Associated Press: “She was a good-hearted person. She pretty much stayed around the house.” . . .

“Only death will stop me here that I am so close to the target!” she is accused of writing.

Ms LaRose, a US citizen born in 1963, is charged with “conspiracy to provide material support to terrorists, conspiracy to kill in a foreign country, making false statements to a government official and attempted identity theft.”

She was apparently approached by others after she posted a video on YouTube in June 2008, saying she was “desperate to do something somehow to help” ease the suffering of Muslims, the indictment said.

Web images show her wearing a Muslim headscarf, but Mr Gorman said he never saw anything like that at their home, nor did she attend any religious services.

Unknown to him, she had allegedly agreed to travel to Sweden and kill Swedish artist Lars Vilks, who had angered Muslims by drawing the Prophet Muhammad with the body of a dog.

As the folks at Get Religion complain, the media has done hardly any reporting on the religious angle, which is surely the biggest question of this story: How and why did Colleen LaRose become a radical Muslim? What is the attraction of a religion like that, especially to someone of Ms. LaRose’s demographic? Any ideas? 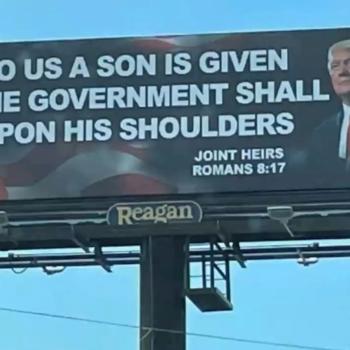 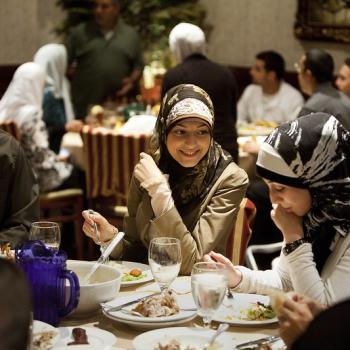 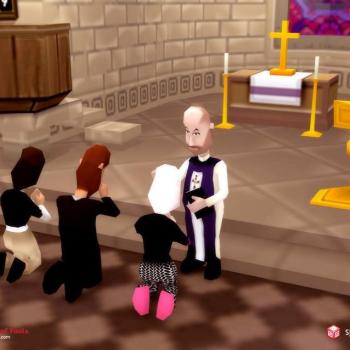 Evangelical
Worship in the Metaverse
Cranach
TRENDING AT PATHEOS Evangelical