Marinetti was the leader of the Italian futurists, a poet and demagogue closely associated with the ruling fascists but often in conflict with them. (He criticized them for being too traditional and for their anti-Semitism.) He is best remembered for his many manifestos calling for a break with the past. One of his most memorable and controversial was the “Manifesto Against Past-Loving Venice,” wherein he suggested that the “small, stinking canals” of Venice be “filled with the rubble of the past” and paved over and that it be rebuilt as a modern militarized and industrialized city.

His venture into gastronomy started in 1926, when in another manifesto he called for a ban on pasta, describing it as “an absurd Italian gastronomic religion.” The favorite food of Italians, Marinetti claimed, made them lazy, tradition-bound and pacifist. He was met with massive protests. Petitions were signed. Housewives took to the streets. An enraged nationalistic journalist even challenged Marinetti to a duel. Marinetti accepted and — as happened so often in his colorful career — lost. He was gravely injured.

Marinetti’s many stunts made him famous, but they are also why he was seldom taken seriously. Today he is an obscure figure, even in Italy. But when I read “Futurist Cookbook,” I have little doubt he was on to something. Many of his ideas have since become commonplace. His proposal to make a cuisine that consisted of lighter sauces, bite-size dishes and “a consistent lightening of weight and reduction of volume of food-stuffs” is pretty uncontroversial, even though it sounded strange at the time.

Other ideas have an uncanny similarity to what is happening at the frontline of creative cuisine today. A recurring theme in Marinetti’s work, for instance, is the participation of all senses while dining, as illustrated by “A Tactile Dinner Party.” In another futurist meal idea, a house is built on a tongue of land between ocean and lake, and the smells from the sea, the lake and a nearby barn all contribute to the experience. Several other meals involve scent or music. When Blumenthal at the Fat Duck asks a diner to don headphones and listen to the sound of the sea while eating an oyster, he clearly has entered some of the same territory.

Similarly, Marinetti’s chapter “Invitation to Chemistry” has been answered by today’s modernist cooks, who are both lauded and criticized for being technology-focused and for using texture- and flavor-altering chemical compounds in their food. Playing with the shape and the appearance of the food is pretty commonplace today. At El Bulli, I was once served a dish consisting of two perfectly simple raw razor clams, one real and one faux. Playing with the diner’s expectations is also one of the ideas behind my futurist-inspired recipe for an orange-colored, orange-smelling dish that doesn’t actually contain orange (see recipe, Page E6).

via The Gastronomer: What if one futurist had made his ideas more delicious? – The Washington Post.

Cuisine is an art form, no less than music and painting, and I have often wondered about the extent to which a particular approach to food is expressive of ideology and worldview.  For example, Asian food is directly tied to Taoism, with the putting together of sweet and sour, smooth and crunchy, etc., expressing the yin and the yang, the balance of opposites that is the key to harmony in the universe.  I have known Christians who would not think of partaking of books, movies, or music that are not “Christian” who nevertheless love to eat Chinese food, not caring about its worldview as long as it tastes good.  (Do realize I’m not opposing Asian cuisine, far from it, any more than I’m advocating staying away from other art forms that aren’t Christian.  The aesthetic elements, whether food that tastes good or art that is in good taste, already fall under the created order of God’s rule.)

Marinetti’s ghastly ideas–the rejection of tradition (making Italians give up pasta?) and the embrace of chemicals and technology–are clearly modernist.  His radicalism and his assaults on ordinary human values–thinking they can be changed by mere willpower–are also clearly fascist.

So is the traditional arrangement of meat and potato and vegetables separately on a plate an expression of American individualism, as opposed to the communal pots of many combined ingredients that more communal cultures favor?  Are casseroles favored at church pot luck dinners because in their mushing together of diverse ingredients they express Christian community?  And what are we to make of the postmodernist touch in so many restaurants today of stacking the different foods on top of each other?

How does fast food express the consumer capitalism of the pop culture?  Can you tell someone’s political beliefs by what they eat?

OK, how far can we take this?  (I’m being partially serious and partially unserious.)

I’ve written about the Futurists and their very real (but often minimized) connection to Fascism.  They demonstrate that Fascism was most certainly NOT conservative, but instead “the latest thing” much beloved by  “cutting edge” artist and thinkers.

March 31, 2011 The Christian equivalent of the Dead Sea Scrolls?
Recent Comments
62 Comments | Leave a Comment
Browse Our Archives
get the latest from
Cranach
Sign up for our newsletter
POPULAR AT PATHEOS Evangelical
1 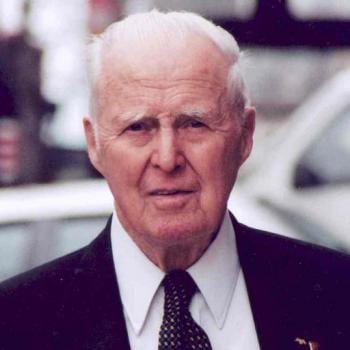 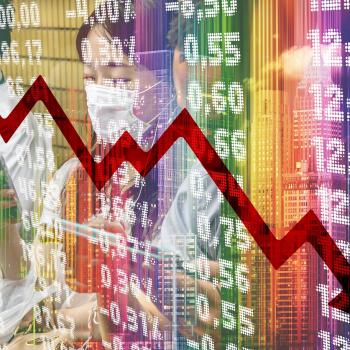 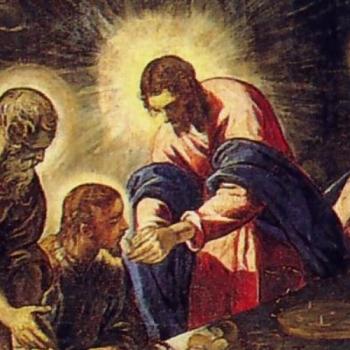 Evangelical
The Fasting and Feasting of Lent
Cranach