How should Christians react to bin Laden’s death?

How should Christians react to bin Laden’s death? May 4, 2011 Gene Veith

Rev. Jacob Ehrhard offers nine points for reflection on how Christians should react to the killing of Osama bin Laden:

1.  The prophet Ezekiel writes, “Say to them, As I live, declares the Lord GOD, I have no pleasure in the death of the wicked, but that the wicked turn from his way and live; turn back, turn back from your evil ways, for why will you die, O house of Israel?” (Eze 33:11) A Christian does not find delight in any person dying, except in the death of the saints. Our delight would have been in bin Laden’s repentance.

2. God relented of His wrath and punishment for ten years following bin Laden’s most vicious attack. He had ample time to repent of his wickedness, but showed himself time and time again to be an enemy of both the Church and the State.

3. Though we do not delight in his death, it is a cause for rejoicing.

4. After Moses and the people of Israel crossed the Red Sea and the host of Pharaoh’s army was drowned, they sang, “I will sing to the Lord, for he has triumphed gloriously; the horse and his rider he has thrown into the sea” (Ex 15:1). While this certainly has a spiritual meaning in Christ’s victory over sin, death, and hell, we must not forget the historical fact that the saints rejoiced over the death of their enemies. Psalm 68 says, “God shall arise, his enemies shall be scattered; and those who hate him shall flee before him! But the righteous shall be glad; they shall exult before God; they shall be jubilant with joy! (Ps 68:1, 3).

5.  But we live in the New Testament. Jesus has died for the sins of the world. Doesn’t that mean that Christians should condemn any act of violence? Shouldn’t we rather depend on the Gospel to deal with the wicked? First, the essence of God’s nature did not change from Old to New Testament, for it was also in the Old Testament where God says that He does not take pleasure in the death of the wicked (see point 1 above). Also, the path to salvation has not changed. Even in the Old Testament, people were saved by repentance and faith in the promise of Christ. Yet God still punished the wicked by the sword (often the swords of His saints).

6.  Second, Sts. Paul and Peter reaffirm that God has instituted the government to punish wickedness. “Be subject for the Lord’s sake to every human institution, whether it be to the emperor as supreme, or to governors as sent by him to punish those who do evil and to praise those who do good” (1 Pt 2:13-14). And, “For there is no authority except from God, and those that exist have been instituted by God…Then do what is good and you will receive his approval, for he is God’s servant for your good. But if you do wrong, be afraid, for he does not bear the sword in vain. For he is the servant of God, an avenger who carries out God’s wrath on the wrongdoer” (Rom 13:1b, 3b-4). The Kingdom Christ establishes (the Church) is distinct from worldly kingdoms, but worldly kingdoms and their authority still exist and more so, are instituted by God.

7.  The Lutheran Reformers also teach “that the spiritual kingdom does not change the public state. Therefore, private remedy [i.e. personal revenge] is prohibited not by advice, but by command (Matthew 5:39; Romans 12:19). Public remedy, made through the office of the public official, is not condemned, but is commanded and is God’s work, according to Paul (Romans 13). Now the different kinds of public remedy are legal decisions, capital punishment, wars, and military service” (Apology of the Augsburg Confession, Article XVI).

8.  In his work Whether Soldiers, Too, Can Be Saved, Martin Luther makes it clear that the work of a soldier–even when it’s killing and bloodshed–is a good work when done within vocation. He writes, “This is why God honors the sword so highly that he says that he himself has instituted it [Rom. 13:1] and does not want men to say or think that they have invented it or instituted it. For the hand that wields this sword and kills with it is not man’s hand, but God’s; and it is not man, but God, who hangs, tortures, beheads, kills, and fights.” The entire treatise is highly recommended, as well as Temporal Authority: To What Extent It Should Be Obeyed and On War against the Turk (all are found in Luther’s Works, American Edition, vols. 45 & 46). If the work of the Navy Seals was indeed God’s work, then it is rightly to be praised.

9.  How should a Christian react to the killing of Osama bin Laden? We do not delight in his death, even though he was an adamant enemy of Church and State. Yet we rejoice that God has given us the sharpest sword ever borne by Caesar in the history of the world in the U.S. military. Everyone from the Commander in Chief to the special operators of the Navy Seals performed well within their vocations to protect the citizens of this country, to bring justice to a wicked man, and to carry out God’s wrath on a wrongdoer. They are all to be commended. And, as an American, there is reason to celebrate.

via Steadfast Lutherans » How should a Christian react to the killing of Osama bin Laden?.

May 4, 2011 "Screwtape Letters": The Movie
Recent Comments
44 Comments | Leave a Comment
Browse Our Archives
get the latest updates from
Cranach
and the Patheos
Evangelical
Channel
POPULAR AT PATHEOS Evangelical
1 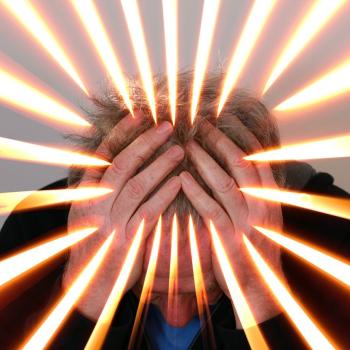 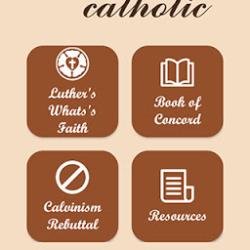