Cosmology and the speed of light

Cosmology and the speed of light November 16, 2011 Gene Veith

We’ve blogged about the discovery of neutrinos that seemed to have traveled faster than light.  As scientists try to replicate and study that event, Joel Aschenbach has a good explanation of what’s at stake if light is not the fastest thing in the universe:

There is logic and beauty in a universe in which space, time, energy and matter are tightly associated with the speed of light. The special status of the speed of light isn’t like an Olympic record, something begging to be broken. Someone could come along who is faster than Usain Bolt, and it wouldn’t change the way we look at the world.

But the speed of light, according to Einstein, is an integral part of the geometry of four-dimensional space-time.

When we discuss the speed of light, we’re not talking about the characteristics of light so much as we’re describing the fabric of the universe. Light speed is the ultimate speed that anything (including things with zero mass, such as light or other electromagnetic radiation) can possibly go.

This also puts a limit on the speed of information, and, as such, helps enforce the fundamental law of causality. There’s an “arrow of time”: Splattered eggs on the kitchen floor don’t reassemble themselves in the shell and leap back onto the countertop.

Michael Turner, a University of Chicago physicist, says the universe won’t seem as logical if there are particles that can move faster than light.

“In science we like surprises. We like big surprises. This one is too big to be true,” Turner said. “We really like things that rock the boat and turn us in a new direction, but this one turns the boat upside down and fills it with water.”

Perhaps some of you can explain why breaking the cosmic speed limit would undermine cause and effect.  Aschenbach says “that” it would do so, but he doesn’t get into the “hows” and “whys.” 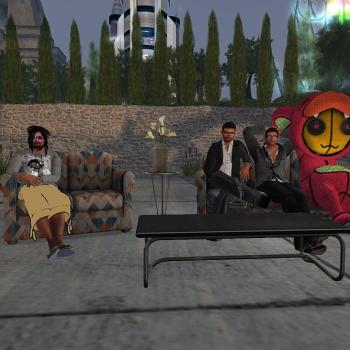