I’ve been in my native Oklahoma last weekend to see my new granddaughter and to be there for her baptism.  Localists have a point:  There really are regional differences.  It’s nice to be back in my old stomping grounds.

It’s interesting to read the local newspapers.  You may have heard about the 18 year old single mother in Oklahoma who greeted the man who broke into her mobile home by killing him with a blast from her 12-gauge shotgun.  She’s receiving all kinds of acclaim.  That’s the Oklahoma spirit.

But that has brought up a case from a few years ago, with people here discussing whether it is similar or different.   A robber was holding up a pharmacy in Oklahoma City.  A worker shot him.  The thief was down but still alive.  So the worker re-loaded and finished him off.  Whereupon he was tried and convicted of first-degree murder.

I can’t believe an Oklahoma jury convicted him!  Do you see a line being crossed?  Or should criminals face a special jeopardy when their victims fight back?

For details see ScissorTales: No comparison between killings | NewsOK.com. 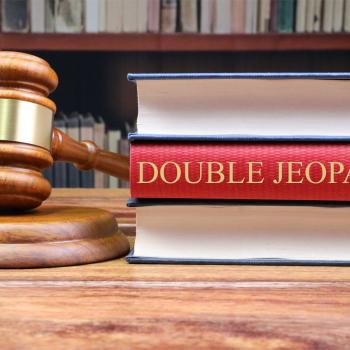