As I have confessed in this space, I have pretty much stopped watching basketball, due to the feeling that I always jinx the team I want to win.  Well, the Oklahoma City Thunder–from my home state–are so good that they even overcame me.

When they were down two games to the San Antonio Spurs, a team that had won 20 in a row, I thought I might as well watch them, since they were going to lose anyway.  Well, they didn’t.  They won.  I kept watching.  They won again.  Then won again.   Apparently my curse has been lifted because last night they won game 4–even though they were down 18 at one point in the game–winning the Western Conference and going to the NBA Finals.

The Thunder–Oklahoma’s first professional major-league team– is a good example of how a sports team can be good for a community and a whole state, sparking a sense of unity, confidence, and all kinds of civic virtues.

June 7, 2012 Are contraception opponents anti-science?
Recent Comments
12 Comments | Leave a Comment
"I like a good cream cheese Danish. Don't much care if it's Socialist or Capitalist."
Tom Hering “Lutheran Socialism”?
"Upvoted for your first paragraph; yes, that's what I meant.I find, on thinking about it, ..."
Amaryllis DISCUSS: The GOP’s New Contract with ..."
"My mistake, but still doesn't really change my questioning if it should be considered a ..."
Rev_Aggie_98 A Lutheran Critique of National Conservatism
"What about the tens of thousands of lives lost in the meantime?"
Tom Hering DISCUSS: The GOP’s New Contract with ..."
Browse Our Archives
Related posts from Cranach 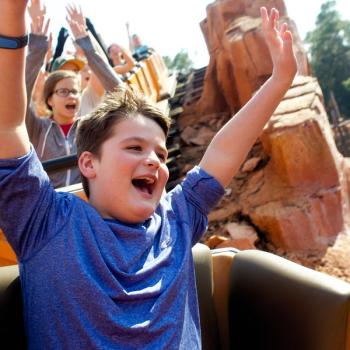