Nine out of ten young people leave the church as soon as they graduate. That is, churches are losing 90% or (in another version) 88% of their children.  Have you heard that?  Has your congregation, alarmed at these statistics, started elaborate youth group programs or family ministries?  Or scrapped your traditional worship services and brought in new styles of music that someone thinks will appeal to the young people?   Well, quite a few teenagers and young adults do drop out of church once they leave home, at least for awhile.  This is indeed a problem.  But the 90% number is yet another bogus statistic, as Timothy Paul Jones shows.

In the first place, when did conference speakers first begin to claim that the vast majority of youth were exiting the church before their sophomore year of college? And was their research reliable?

The first references to the dropout statistic come from the late 1990s. That’s when a well-meaning speaker reported a post-youth group attrition rate of 90 percent.

And how did he obtain this number?

The speaker’s information was based on the “gut feelings” that he gathered and averaged from a roomful of youth ministers.

Now, there’s nothing wrong with asking a few people how they feel about an issue. Yet the communal hunch of a single group rarely results in a reliable statistic. In this case, an informal averaging of personal recollections resulted in a wildly overstated percentage that received tremendous publicity. As a result, over the past couple of decades, many youth ministries have leaped from one bandwagon to another, driven by the unsubstantiated estimates of a few youth pastors. Another popular percentage—88 percent—has been traced back to the estimates of two youth ministry experts, based on their own experiences.

So, why do the dropout percentages represent an insufficient reason to reorient your ministry toward an emphasis on family ministry? In the first place, it’s because many of these dropout numbers—particularly the nine-out-of-ten ratio—have little basis in fact. This infamous evangelical attrition rate does not rightly describe the present reality, and it probably never described any past reality.

Later claims escalated the hysteria. A popular book published in 1997 claimed that only four percent of young people surveyed at that time were born-again Christians. As a result, the author claimed, “According to present trends, we are about to lose eternally the second largest generation.” Never mind that the survey spanned only three states and included information from a mere 211 youth (to be fair, at least this author did admit his methodology); later leaders trumpeted this supposed trend as a harbinger of impending doom unless churches changed their ministry methods.

Throughout the early twenty-first century, news of dismal retention and evangelism rates among young adults continued to spread until nearly every youth and children’s minister heard how his or her ministry was destined to fail. And yet, very few of these claims were true. Even the handful of claims that were true were often misconstrued by the time they reached the pews.

So how many church-involved students actually do drop out in the months following their graduation ceremonies? The answer to this question depends largely on how you define church involvement. When involvement in a faith-community is defined as attendance in the past seven days, the young adult dropout rate is around 38 percent. When church involvement is defined as two months of attendance at any time during the teenage years, about 61 percent of young adults disengage from church after high school. When a research sample mixes frequent attendees with twice-a-month attendees, the dropout rate rises to 70 percent.

To be sure, even the moderated attrition patterns that I have reported here are not a cause for celebration. Yet the real dropout numbers vary widely, and they are affected by a range of factors that’s far broader than family ministry. This much seems clear, though: The real numbers are far removed from the spurious statistics that have been spouted from the platforms of far too many ministry conferences. 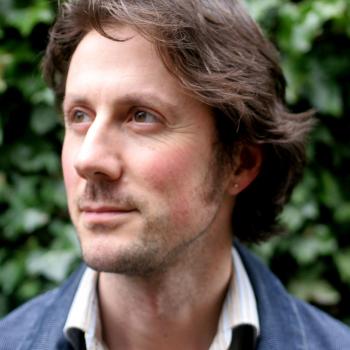 Evangelical
The Conversion of a "Spiritual but Not Religious"...
Cranach
TRENDING AT PATHEOS Evangelical