Friends, you simply must read the essay that friend-of-this-blog Lars Walker has written on Christian fantasy for The Intercollegiate Review (edited by another friend-of-this-blog Anthony Sacramone).  It’s beyond excellent in its account of what fantasy is, what it does, and what’s involved in writing a good one.  It defies summary, so I’ll just give you the beginning after the jump and encourage you to click over to the Intercollegiate Review site to read the rest of it.  (I would just add to his list of good Christian fantasy authors the name of Lars Walker.)

In his essay, “On Fairy Stories,” J. R. R. Tolkien, the greatest modern Christian fantasist, drove what should have been a fatal stake (perhaps of mistletoe) through the heart of the accusation that fantastic stories are “just escapism”: “Why should a man be scorned, if, finding himself in prison, he tries to get out and go home? Or if, when he cannot do so, he thinks and talks about other topics than jailers and prison-walls?”

The accusation itself helps to explain why fantasy gets so little respect in our time (there’s another reason; I’ll get to it later). For the growing number of people who believe there is no world outside our present prison, any talk of sunshine, meadows, and mountains has to be plain denial, a way of fooling ourselves about our true situation. Materialists who write about Magic are likely (though not certain) to write about it badly. They shouldn’t try it, for the same reason a Christian shouldn’t try writing porn. It’s hard to do well something you despise. This may also explain much of the truly bad fantasy that gets published today. The charge of escapism might be a sort of self-generating rot.

In past generations, fantasy actually enjoyed pretty high status. What are Homer’s Iliad and Odyssey but works of fantasy? Dante’s Divine Comedy is a Christian fantasy in verse. So are Spenser’s Faerie Queen and Milton’s Paradise Lost and Paradise Regained. Shakespeare wrote fantasy (“A Midsummer Night’s Dream” among others), and Bunyan’s Pilgrim’s Progress is an allegorical fantasy. Only the coming of the Enlightenment locked the door and turned the key on a literary form that had been plenty good enough for the Greeks and Romans

But there’s a second reason why fantasy gets no respect. We (here I’m speaking as a fantasy writer) have earned it. I’ll make a confession here. I don’t read much fantasy, and I read almost no Christian fantasy. I’ve been burned too many times. You buy a book, hoping to experience over again the joys great fantasy can provide (for me, the Mines of Moria, the Ride of the Rohirrim, and the resurrection of Aslan provided the greatest moments of joy I’ve ever experienced in literature), and what do you get? Wannabees. Wannabee Tolkiens, wannabee Lewises, wannabee (christened) George R. R. Martins.

This springs (I think) from a basic misconception about fantasy—one that shows how few Tolkien and Lewis fans have learned anything from their role models.

Read the rest at The Christian Fantasy | Intercollegiate Review.

March 21, 2013 LBJ tapes show Nixon's treason?
Recent Comments
13 Comments | Leave a Comment
"Hey all, long time reader/used to comment and commenting again. Are any of y’all tracking ..."
TDoig DISCUSS: Open Topics
"I think starting with the FBI might not be a bad thing. They have been ..."
MarkB DISCUSS: The GOP’s New Contract with ..."
"Because the Dems will try to codify Roe into Federal law."
Tom Hering DISCUSS: The GOP’s New Contract with ..."
"I just read the treatise. I think your summary is correct. It is initially a ..."
reg A Lutheran Critique of National Conservatism
Browse Our Archives
Related posts from Cranach

Evangelical
DISCUSS: What Do You Think of "The Rings...
Cranach 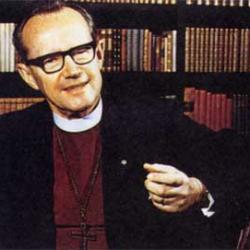