Whether a criminal converts to Islam or Christianity

James Holmes, who dressed up like the Joker and killed 12 people at the Batman movie (and who faces the death penalty if he is convicted), has converted to Islam.  Robert Spencer explores what that means as opposed to a conversion to Christianity:

The debate over James Holmes’s sanity has raged hotly ever since he murdered twelve people and wounded 58 in a movie theater in Aurora, Colorado, in July 2012. But now the controversy can be laid to rest: Holmes is sane. The clearest indication of his sanity came last week, when the Daily Mail reported that he had converted to Islam.

The Mail reported that Holmes is apparently quite devout: he has grown a lavish beard, eats only halal food, prays the obligatory five daily prayers, and studies the Qur’an for hours every day.

Holmes’s conversion reveals that instead of being unaware of what he did, or utterly remorseless, as one might expect of a psychotic or a sociopath, the murders must trouble him a great deal. For it is souls that are troubled — intellectually, morally, spiritually, psychologically — who cast about for some solution to what troubles them, and often find it in religious conversion.

But it is what Holmes converted to that is significant. Had Holmes converted to Christianity, he might have found relief for any remorse he might be feeling for the massacre in the proposition that in Christ his sins, no matter how great, were forgiven; if he had explored Buddhism, he might have focused upon developing right intention, right speech, and right action, and eradicating the illusions that led him to kill in the first place.

Instead, Holmes chose Islam. A prison source noted: “He has brainwashed himself into believing he was on his own personal jihad and that his victims were infidels.”

This suggests that Holmes’s conversion is a defensive action against any regret that he may be feeling. But instead of meeting that regret with repentance, he has found a way to justify his actions. Instead of acknowledging his wrongdoing, he chose a belief system that justifies violence in certain circumstances, and has attempted to cleanse himself of any wrongdoing by seeing his murders in light of that belief system.

Jihad may take the form of indiscriminate mass murder of infidels, as we saw on 9/11, and 7/7, and in Beslan and Mumbai and Fort Hood and in so very, very many other places. Unfortunately for Holmes, however, jihad is not retroactive. If Holmes was an infidel at the time of the murders, then it doesn’t make his actions jihad to convert to Islam afterward.

Nonetheless, his conversion illustrates yet again why Islamic supremacist groups make such a concerted effort to make converts in prison. They know that men who are already in many cases notably aggressive and violent, and who have a grievance against society, are perfect fits for a religion that contains teachings that are themselves aggressive and violent, and that sets itself against infidel society. Islamic proselytizers in prisons hope to channel that aggression by sanctifying and thereby justifying it – as Holmes seems to be trying to justify his murders by affecting Islamic piety now.

April 2, 2013 Religious, but not spiritual
Recent Comments
25 Comments | Leave a Comment
"Only hippie Jesus is allowed by the popular culture these days so these reactions are ..."
Plow Jockey The Lamb of God with Human ..."
"So what you are saying is that your true god is your definition of equality. ..."
Rev_Aggie_98 Another Revision of Marriage: Utah Decriminalizes ..."
"I assume those that are creeped out by this newly revealed humanness of the lamb ..."
reg The Lamb of God with Human ..."
"It is still illegal, an infraction, but not a felony except in certain circumstances (underage ..."
Erp Another Revision of Marriage: Utah Decriminalizes ..."
Browse Our Archives
Follow Us! 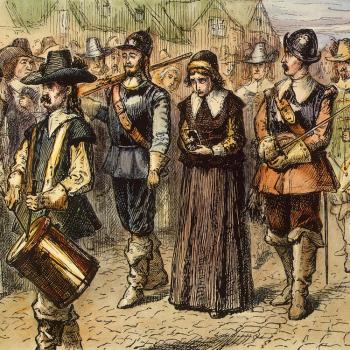 Evangelical
Causes of Secularization, such as Too Much Religious...
Cranach 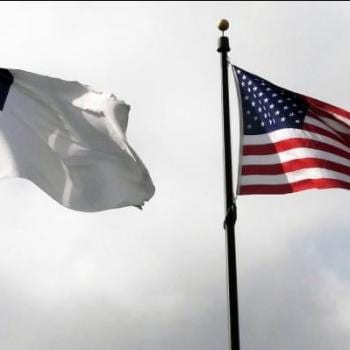