Under Obamacare, businesses that employ more than 50 people will have to provide them health insurance, causing many companies to curtail their hiring.  That requirement, though, slated to go into effect in 2014, is being delayed until 2015.  Small business insurance marketplaces are also being delayed.  This will keep what will probably be an unpopular policy from being an issue in the midterm elections.

The Obama administration will not penalize businesses that do not provide health insurance in 2014, the Treasury Department announced Tuesday.

Instead, it will delay enforcement of a major Affordable Care Act requirement that all employers with more than 50 employees provide coverage to their workers until 2015.

The administration said it would postpone the provision after hearing significant concerns from employers about the challenges of implementing it.

“We have heard concerns about the complexity of the requirements and the need for more time to implement them effectively,” Mark Mazur, Assistant Secretary for Tax Policy, wrote in a late Tuesday blog post. “We recognize that the vast majority of businesses that will need to do this reporting already provide health insurance to their workers, and we want to make sure it is easy for others to do so.”

The Affordable Care Act requires all employers with more than 50 full-time workers provide health insurance or pay steep fines. That policy had raised concerns about companies downsizing their workforce or cutting workers’ hours in order to dodge the new mandate.

In delaying the enforcement of that rule, the White House sidesteps those challenges for one year. It is also the second significant interruption for the Affordable Care Act, following a one-year delay on key functions of the small business insurance marketplaces.

The delay not only allows the administration time to alleviate concerns among business owners, but also takes a controversial component of the law off the table before the midterm elections.

The vast majority of employers that already provide coverage to their employees raised concerns about burdensome reporting requirements under the law, a complaint the administration is particularly sensitive to. Companies that don’t meet the law’s requirements now have an extra year to alter their policies.

“We have been in a dialogue with businesses and we think we can simplify the new reporting — we want to give businesses who want to provide health insurance the time to get this right,” a senior administration official said, explaining the delay. ”Just like our effort to turn the 21 page application for health insurance into a 3 page application, we are working hard to adapt and to be flexible in employer and insurer reporting as we implement the law.”

The delay deprives the federal government of a year of penalties that would have been paid by companies that do not meet the law’s requirements, with as yet unknown budgetary effects. Republicans had warned of a downturn in hiring as a result of the mandate.

The so-called individual mandate is unaffected by the rule change. That provision requires the vast majority of Americans to purchase insurance or pay a penalty, with tax credits provided to those who can’t afford coverage.

“Democrats no longer face the immediate specter of running against the fallout from a heavy regulatory imposition on employers across the land,” Holtz-Eakin wrote. “Explaining away the mandate was going to be a big political lift; having the White House airbrush it from the landscape is way better.”

July 3, 2013 All literature can be Christian literature
Recent Comments
0 | Leave a Comment
Browse Our Archives
Related posts from Cranach 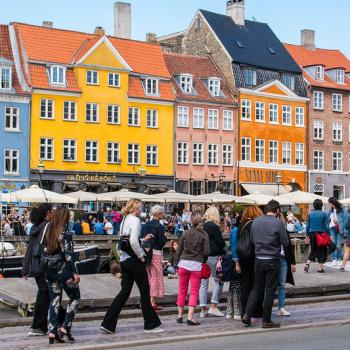