The President and the Rule of Law

The President and the Rule of Law January 30, 2014 Gene Veith

During his State of the Union address, President Obama said that because Congress keeps thwarting his agenda, he will advance his positions about immigration, the environment, the economy, gun control, and other of his priorities by issuing executive orders.

He has already been doing that sort of thing.  Conservatives don’t like Obamacare, so they might be glad that the President has changed and delayed its terms.  But by what authority does he just alter a duly-ratified law?  The president is supposed to execute the laws, not create them or change the ones that he doesn’t like.

Quite a few people are complaining about the gridlock in the legislative branch, and applauding President Obama’s resolve to “get things done.”  But the Constitution has built in checks and balances for an important reason.  When a president finds himself checked and balanced, he can’t just ignore the other branches of government.  To do so would be to violate the Constitution and usurp the rule of law.

From In State of the Union, Obama vows to expand opportunity, with or without Congress – The Washington Post:

President Obama sought Tuesday to restore public confidence in his presidency after a dispiriting year, pledging to use his White House authority with new force to advance an agenda that Congress has largely refused to support.

In his fifth prime-time State of the Union address, Obama made clear that instead of trying to fix the mess in Washington, he was now promising to find ways around it.

“America does not stand still,” Obama said, “and neither will I. So wherever and whenever I can take steps without legislation to expand opportunity for more American families, that’s what I’m going to do.” . . .

For most of the speech. . . Obama emphasized that he will no longer be content to wait for Congress’s approval after a bruising 2013 in which it rarely came. He challenged lawmakers to work with him to achieve breakthroughs on large-scale initiatives to overhaul immigration laws and provide more benefits to American workers, including a higher minimum wage and extension of long-term unemployment insurance.

But he also sketched out more than a dozen ways in which he intends to use executive powers to try to boost the economy on his own. . . .

When Washington’s fighting “prevents us from carrying out even the most basic functions of our democracy — when our differences shut down government or threaten the full faith and credit of the United States — then we are not doing right by the American people,” Obama said.

January 30, 2014 What NSA can learn from your "Angry Birds" app
Recent Comments
0 | Leave a Comment
"That's funny, I thought the first university was founded at Taxila around 700 BC? Not ..."
guerillasurgeon What Rejecting God Did to Higher ..."
"I think the mainline denominations are likely to combine into one very small and very ..."
SAL The Institutions Americans No Longer Believe ..."
"Didn't she shout "taser" before she drew though?"
DC Kurtz The Institutions Americans No Longer Believe ..."
"No response from Disqus? Color me not surprised; they never answer to anybody.I don't usually ..."
Amaryllis What Rejecting God Did to Higher ..."
Browse Our Archives
get the latest from
Cranach
Sign up for our newsletter
POPULAR AT PATHEOS Evangelical
1 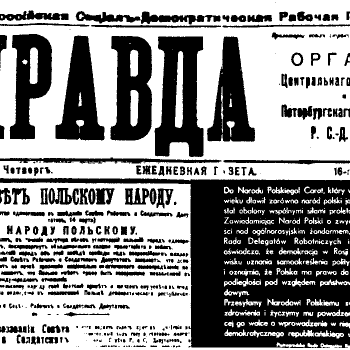