We blogged about Miranda Threlfall-Holmes, who wrote about how  she was converted from atheism in part through the poetry of George Herbert.  She is following that up with a series of articles in the London Guardian about specific Herbert poems.  That’s literary scholarship as it’s supposed to be–not a mere academic exercise but an exploration of literature for the purpose of illumination.

Read her take on Herbert’s poem “Prayer (1)”.  Read the poem at the link, and then read her discussion, linked and excerpted after the jump.

From Why do we pray? It’s all in this George Herbert poem (sorry, there’s no mention of parking spaces) | Miranda Threlfall-Holmes | Comment is free | The Guardian:

One of the first George Herbert poems that I read was Prayer (1). It is one that I still frequently quote to myself. In this lovely sonnet, image is piled upon image as Herbert tries to convey what prayer is like, and what he believes prayer achieves. The poem is effectively a list of different metaphors for prayer, and in typical metaphysical style the images draw on a startlingly wide range of sources.

The first four lines use typically religious imagery. Prayer is described as “the Church’s banquet”, and the “heart in pilgrimage”. But the last line of this section introduces an unusual engineering metaphor, picturing prayer as “The Christian plummet sounding heav’n and earth”. This idea of a weighted line measuring – and linking – the furthest reaches of heaven and earth is key to Herbert’s conception of prayer. From here on throughout the poem, we begin to notice a theme of prayer stretching across and bridging two very different spheres.

Mirroring this theme, the engineering metaphor of a plummet deftly bridges the movement into the next four-line stanza just as Herbert visualises prayer bridging the gap between God and humanity.

The next image takes the metaphor of prayer as technical equipment much further, describing it as a [siege] “engine against th’ Almighty”. This is a very dramatic visualisation of the conventional spiritual idea of persistence in prayer, imagining a God who has retreated into heaven like a walled city, and humans using prayer to break down those walls and reach God.

This stanza goes on to hold together two dramatically different sets of imagery: war and music. Lines full of aggressive and violent images – culminating in the picture of prayer as a spear with which we, like the soldier at the crucifixion, pierce Christ’s side – are followed by ideas of music, transposition and melody. The effect is itself musical, as if a crashing series of discords have finally resolved themselves into tunefulness at the end of a piece. The next line flows liltingly: “softness, and peace, and joy, and love, and bliss”.

The idea of prayer linking heaven and earth, bridging the gap between God and us, is perhaps best summed up in my favourite line: “Heaven in ordinary, man well drest”. Here there is a tantalising glimpse not just of prayer being something we do to reach a distant God, but something that God does too, meeting us halfway.

This is a thread that runs throughout Herbert’s poetry. Whether or not he is writing specifically about prayer, many of his poems are themselves effectively prayers. God is a conversation partner, someone to be argued with, even shouted at, and listened to.

The final line of Prayer (1) sets out why this is worth doing. Prayer can be dramatic, angry, beautiful, peaceful, exotic or drab: but in the end it is simply about “something understood”. 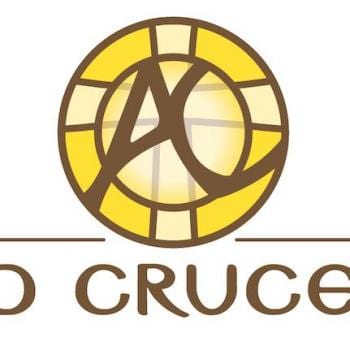 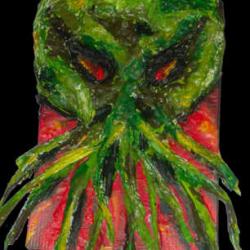