Even secular humanism depends on Christianity

Theo Hobson, in the British Spectator, critiques the New Atheist insistence that we can have morality–indeed, a better morality–apart from religion.  In doing so, he shows that even today’s secular humanist morality, which the atheists take as axiomatic, actually derives from Christianity.

A truly atheist, Darwinistic morality would look more like Nietzsche’s nihilistic will to power.  In contrast, today’s egalitarian benevolence would be impossible without the Christian teachings of creation and grace.

From Theo Hobson, The return of God: atheism’s crisis of faith » The Spectator:

The problem that confronts them [the new atheists] is as stark as it is simple: our morality has religious roots. Put another way: when God is rejected, the stakes are gulpingly high; the entire moral tradition of the West is put in question.

This was the insight of Friedrich Nietzsche — and for all the different atheist thinkers and philosophers since, it remains just as true today. It’s all very well to say that blind faith is a bad idea, and that we should move beyond it to a more enlightened ethical system, but this raises the question of what we mean by good and bad, and those ideas are irrevocably rooted in Christianity. Nietzsche saw this, and had the courage to seek a new ethos amid the collapse of all modern systems of meaning. Did he find one? Yes, in pagan power-worship — the sort that eventually led to fascism. We think of him as mad and bad — but he was brave. Imagine Ed Miliband trying to follow in this tradition, gazing into the abyss of all meaning, the dark crucible of nihilism.

The trouble is that too many atheists simply assume the truth of secular humanism, that it is the axiomatic ideology: just there, our natural condition, once religious error is removed. They think morality just comes naturally. It bubbles up, it’s instinctive, not taught as part of a cultural tradition. . . .

In his book Unapologetic (which opens with a blasting riff of annoyance at atheist arrogance), Francis Spufford notes that Christianity’s influence on secular morality is hard to see, having ‘faded indistinguishably into the background of our common sense’. For example, ‘the emphasis on people being lovable to God irrespective of what they deserve laid the groundwork for the idea of there being rights owed to people irrespective of their status, their behaviour, their capabilities’.

A similar point has been made recently by the American writer Marilynne Robinson, in relation to the Declaration of Independence: ‘Is it self-evident that all are created equal? Only in a religious conception. Jefferson makes the human person sacred and thereby sets human rights outside the reach of rationalisation.’

So the atheists have unwittingly provoked some genuine thought about how religion has shaped our public creed of secular humanism. And it’s obvious that this shaping did not just happen hundreds of years ago, in the age of Locke and Jefferson, and then stop: Christianity has continued to influence secular humanism into our times — the American civil rights movement being a vivid example. (Last year the liberal media gushed about Revd Martin Luther King’s famous speech of 50 years ago, utterly ignoring its religiosity.)

Now the debate can move on. We should ask: why do we believe in right and wrong? How can it be that Christianity has given rise to a post-religious, secular world that accepts religious values without questioning them? Is this not rather interesting? The new atheists may not like it, but they’ve had their say. It’s time for a serious discussion.

April 18, 2014
How the date for Easter is calculated
Next Post

April 18, 2014 George Herbert on Christ on the Cross
Recent Comments
0 | Leave a Comment
"I don't think this is entirely unreasonable."
chemical Back to Inflation
"But vaccine hesitancy is also high among non-caucasians, who are not overwhelmingly GOP.https://www.kff.org/coronav..."
kerner What If Science Caused the Pandemic?, ..."
"The Fed is starting to hedge its bets apparently. https://www.wsj.com/article..."
SKPeterson Back to Inflation
"hmm yes indeed the populism that led to the budget busting tax cut of 2017.ah ..."
What Manner of Loaf Back to Inflation
Browse Our Archives
get the latest from
Cranach
Sign up for our newsletter
POPULAR AT PATHEOS Evangelical
1 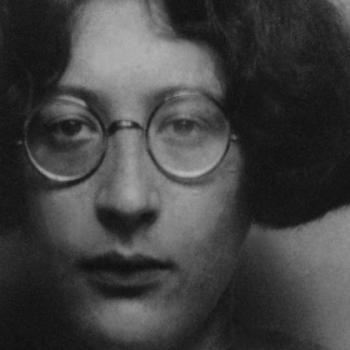 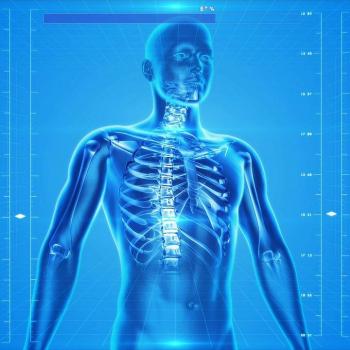