The government-funded effort to find alien life–known as SETI (Search for Extraterrestrial Life)–is running out of money.  So its scientists testified before Congress, claiming that extraterrestrial life is a virtual certainty and that we should find it within 20 years.

Do you see anything wrong with that testimony?

From Aliens are for real and we can prove it. But we just need some money: SETI scientists tell Congress : SCIENCE : Tech Times:

SETI efforts at the Allan Telescope Array on northern California were highlighted by the witnesses. That network of radio telescopes us still under construction, but designers plan on the facility connecting 350 antennas together in the search for intelligent life on worlds other than our own. This array first went live in October 2007, and operated until April 2011, when funding shortfalls cause closure of the facility. The network was restored during December of that year.

The Kepler Space Telescope was launched in March 2007, to search for alien worlds, orbiting distant suns. For six years, the craft searched distant stars, looking for the tell-tale signs of distant worlds. Before reaction wheels failed in Kepler in 2013, the craft found thousands of possible alien planets, and hundreds of these have been confirmed by astronomers.

This mission has revealed there may be an average of three or more planets orbiting each star in our galaxy. With this wealth of places on which life could arise, NASA officials told Congress there is nearly certainly alien life out there, waiting to be found.

“Billions of these planets are Earth sized and in the ‘habitable’ or so called ‘Goldilocks’ zone – not too distant from their host star (too cold), and not too close to their star (too hot). And there are billions of other galaxies outside our Milky Way galaxy – plenty of places where life could emerge and evolve,” Werthimer told lawmakers.

On 16 May 2014, NASA officials announced the Kepler spacecraft, which made so many discoveries, will have its mission extended. Even if astronomers cannot reliably aim the telescope, they can still observe star system which lay along the ecliptic, the orbital plane in which the planets circle the sun. This extended mission could find hundreds of new worlds from a spacecraft that has already produced a wealth of new data.

Shostak told the group he believes humans will detect alien life within 20 years.

May 26, 2014 "The hardest place on earth to be a Christian"
Recent Comments
1 Comment | Leave a Comment
"TRUE OR FALSE: "Christianity teaches that Christ atones for the sins of the world so ..."
HpO Forgiveness vs. Retribution
"But her emails!"
LastManOnEarth The Problem with Coveting
"Oy vey."
LastManOnEarth The Problem with Coveting
"This is actually a really good explanation. I appreciate it. You've gotten me to a ..."
BernankeIsGlutenFree Forgiveness vs. Retribution
Browse Our Archives
get the latest from
Cranach
Sign up for our newsletter
POPULAR AT PATHEOS Evangelical
1 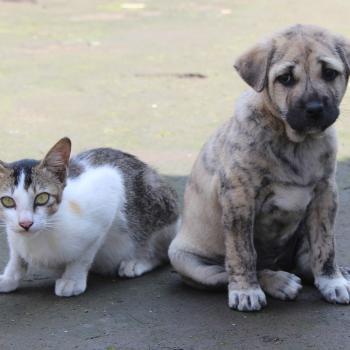