Islamic radicals are scoring victory after victory over the Iraqi government left in place by departing American forces.   Tikrit, the hometown of Saddam Hussein,  is in rebel hands, as is  Mosul, the nation’s second largest city.  Now the insurgents are 70 miles away from Baghdad.

Militants seized the Iraqi city of Tikrit on Wednesday but security forces thwarted an assault on Samarra as lightning militants offensive launched in second city Mosul swept closer to Baghdad.

Since the Islamic State of Iraq and the Levant began its spectacular assault in Mosul late on Monday, militants have captured a large swathe of northern and north-central Iraq, prompting as many as half a million people to flee their homes.

The speed with which ISIL and its allies have advanced after their seizure on Tuesday of Mosul a city of two million people has sent alarm bells ringing in Western capitals. . . .

ISIL vowed on Twitter that it would “not stop this series of blessed invasions” that has seen the fall of the whole of Nineveh province in the north and swathes of Kirkuk and Saleheddin provinces further south.

Tikrit hometown of executed dictator Saddam Hussein was the second provincial capital to fall in as many days as the militants and their allies captured a string of mainly Sunni Arab towns where resentment against the government runs deep.

“All of Tikrit is in the hands of the militants,” a police colonel said of the Salaheddin provincial capital, which lies half way between Baghdad and Mosul. Another officer said the militants had freed some 300 inmates from a prison there.

After Tikrit’s fall, the operation spread down the main highway towards Baghdad, with militants battling security forces on the northern outskirts of Samarra, just 110 kilometres (70 miles) from the capital.

June 12, 2014 The other professor in the race for Cantor's seat
Recent Comments
0 | Leave a Comment
"Looks like PTM auto-deleted his accounts again! We should have a competition as to when ..."
reg The Lutheran Aquinas
"And what ruling would that be?"
Rev_Aggie_98 China’s Cultural Revolution and Our Own
"Yet my credit score has been good for a number of years. Maybe I should ..."
Guthrum The Lutheran Aquinas
"So, what you're really saying is that too many local communities and cities are complete ..."
SKPeterson China’s Cultural Revolution and Our Own
Browse Our Archives
Follow Us! 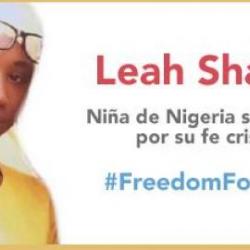