The United States of America is 238 years old today.  And, arguably, feeling its age.  The country is polarized, but nearly every faction (though for different reasons) distrusts the government.  Nearly every faction also (for different reasons) criticizes the culture.  The patriotic legends of our history have been replaced with shame about slavery and how white people treated the Indians.  The rest of the world seems to have little respect for us anymore.  Our intellectual and artistic contributions are dragging.  The one bright spot is technology, but we use it mostly for trivial reasons, and it comes at the cost of hacking, identity theft, and privacy violations.  Most people would agree that America is very messed up right now.  America is in the doldrums.   And yet. . . .

Chesterton said something to the effect that we love our country in the same way that we love the members of our family.  In spite of their faults, which we know all too well.  In fact, a family member’s faults and problems properly bring out more love, since we want so badly to help.

So as a Fourth of July exercise, bring up things that you still love about this country.   I’m not looking here for “how great we are” statements.  Greatness is not necessarily a reason to love something.  What are some characteristic things about America that, despite everything, make you love your country?   I’ll go first, after the jump.(1)  Today I will go to our small town’s Fourth of July parade.  Here I will see local and state and a few national politicians and officials–our “rulers”–walking down the street, hot and sweating, waving to the crowds and trying to be likeable.   In America, we don’t have to kowtow to our rulers.  They have to kowtow to us!

(2)  I love our regional accents.   I love it that people speak differently in the Southeast, the inland South, the Northeast, the Midwest, and on and on, with particular cities and sometimes particular neighborhoods having their characteristic ways of speaking.  And most people haven’t let the mass media–television, movies, radio–change the way they talk.

(3)  One of America’s greatest cultural contributions to the world has been its music.  And virtually all of America’s distinctive popular music has been the invention of poor people in the South.   Poor Blacks gave us the blues, which, in turn, gave us jazz, rhythm ‘n’ blues, hip-hop, etc..  Poor Whites gave us country music in all of its variety, from bluegrass to honky tonk.  And then a truck driver from Memphis (among others) pulled those strains of White music and Black music together to form rock ‘n’ roll, which has, in turn, multiplied into countless styles.  Yes, I criticize a lot of this stuff, but it still shows the genius of ordinary American people.

(4)  I love the American land, the American places.   The big cities with their towering skyscrapers, small towns whether quaint or run-down, vast fields of farmland, mountains both small and stupendous, forests and trees in general, lifeless deserts, wide-open plains–I love them all, and I love that America contains them all. 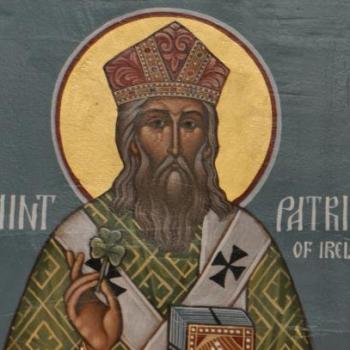